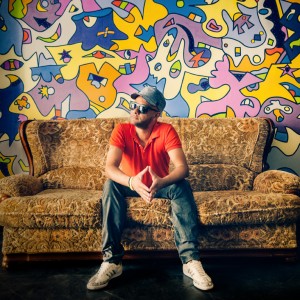 There’s a lotta club music out there capable of summoning images of greasy-tan women and broheims doin’ rails in the bathroom or folks in shiny shirts grinding on the dancefloor. However we arrived at a point in the music’s history when that’s pretty much the norm is regrettable. But UK producer Nightmares on Wax has nothing to do with that–and in fact, has cultivated a recorded legacy that’s so far removed from those stereotypes, it’s difficult to understand how a lesser strain of the genre exists. Beginning in a time when DJ culture was coming into its own in England allowed for NoW to draw from a blinding kaleidoscope of source material, including soul, Jamaican styles and, of course, now-classic D.A.I.S.Y. Age hip-hop. Since releasing his first disc in 1991 and the pair of quintessential albums following that (“Smokers Delight” and “Carboot Soul”), he’s swung focus from genre to genre, synthesizing it all for the recently released “Feelin’ Good,” which was recorded at his farmhouse on Ibiza. Sure, “Luna 2” hedges toward a sleek, synthetic feel, but the inclusion of acoustic-sounding keys is more than capable of tempering the slightest hint of anything objectionable. Opening with the cool jazz of a muted trumpet, “So Here We Are” cuts to the album’s intent. But the almost-seven-minute “Om Sweet H(Om)e” winds up being NoW’s master work—something akin to what Alice Coltrane would have come up with behind the boards. The album doesn’t feature work that’s liable to wind up recapturing the culture, but that might have more to do with NoW’s laser-guided vision for the album and his progression as a producer. (Dave Cantor)