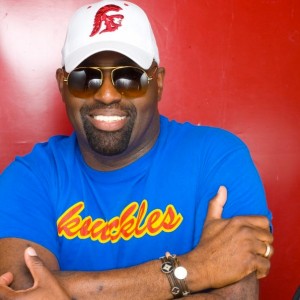 The night before Thanksgiving is the biggest bar night of the year. Beyond the omnipresent college students with a semester of binge-drinking under their ever-expanding belts relishing the opportunity to flaunt their newly minted fake IDs, the night offers a chance to catch up with old friends before spending the following day filling up on food to the brink of discomfort. Spent wisely, the evening is a free-form homecoming for adults in mental preparation for the familiar apprehension that only Thanksgiving with the family can offer. Looking to celebrate a return to sweet home Chicago? There is no better bet than boogieing down with the beat-maestro himself, a man so Chicago he has a street named after him, The Godfather of House Music, Mr. Frankie Knuckles. Smart Bar promises to be packed with Chicagoans of every stripe, as this event is part of the Queen! series, events that openly cater to the LGBT community. Fresh off the legalization of same-sex marriage, the celebration will be a culmination of the jubilation that has been bubbling around the LGBT family since the House vote on November 5. That isn’t to say the party has narrow appeal—anybody seeking an excuse to cut loose will find it speaker-freaking until their legs lock at this event. Bring a boyfriend, bring a girlfriend, bring your friend’s friend, and be ready to dance until the very end, because there is no chance the unflagging expertise of Knuckles will be wasted on an evening where he has the opportunity to play tracks so hype that you’ll burn more calories dancing than you’ll consume at dinner the next day. (Kenneth Preski)