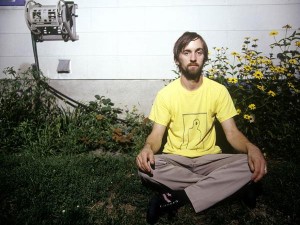 There might not be a middle class in a few years. Thomas Friedman said so in the New York Times. So while we’re all waiting for that crushing future, a generation’s gotta figure out how to get over. And Minneapolis’ Martin Dosh seems to have succeeded.

He’s mostly just Dosh now–his last name serving as a tag for all performances he’s inclined to take part in, whether it’s a solo gig or as part of ensemble performance. “Milk Money,” the percussionist’s latest album, he says, is the result of a concerted effort to do something different, and something in a collaborative vacuum. It’s aurally apparent from the disc’s opening four minutes. “We Are the Worst” doesn’t feature any sort of easily recognizable beat—an odd move for a guy so associated with a drum kit.

“It’s always been me and an extension of me–my greater musical family in Minneapolis,” Dosh says of his name’s abstraction. “My longest collaborator is Mike Lewis, who recorded on “Pure Trash,” “Lost Take” and “Tommy”–and he did all the tours I did from 2006 to 2010. … We had a cool telepathic language; we pulled off a full-band sound with two guys.”

Dosh still summons the sound of a full group, this time utterly alone. Musically, at least. In daily life, he’s alongside his wife, Erin. She helps design all of his properly issued albums, he says. “Milk Money,” though, doesn’t feature one of her illustrations. Instead, the cover’s a photo of Dosh, alone, performing in Brussels with shards of light encircling his on-stage setup. It’s a starkly different visual presentation than the artfully done birds and leaning towers Mrs. Dosh worked up for earlier albums; a purposeful approach to mirror the change in music.

A new and somehow more experimental mode of songwriting coincides with Dosh’s first release on Graveface Records, a Savannah, Georgia, label, after almost a decade with the Anticon imprint. Originally focused on skewed hip-hop acts, Anticon’s gone and included indie fare, banking the success of acts like Why? Even if Dosh is an entity unto himself, it was always a bizarre fit with his work sitting somewhere between those two factions. His connecting with another label came as a result of touring with Tobacco, who put out a filthy beat record “Fucked Up Friends” on Anticon, and a single with Chicago’s Serengeti on Graveface.

“It was more just timetable. It was one or two records a month back in 2001 to 2006,” Dosh says of Anticon’s release schedule and the need to have something new to hawk prior to heading out on the road. “It just became an issue of … I wanted to have a tour … (and) that wouldn’t be possible (with Anticon).”

Deciding to jettison a relatively well-respected label for a smaller outlet is a ballsy move for a performer who seems best-known as “the dude who played in Fog” or “the guy with Andrew Bird.” Dosh’s own work easily refutes either of those perceptions, but his musical questing really just gets whittled down to making stuff he wants to hear. 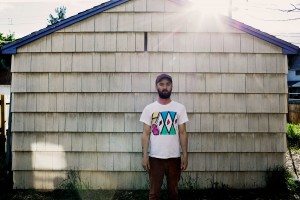 “There’ve been saxophonists and violin players–all those things that I can’t play. And this record’s just me, with some vocals I added in,” he says. “I figured that if I didn’t have the other elements, the music would just lend itself to sounding different. And I wanted to see what it sounded like.”

Well, his keys and drums do sound different. And the pieces comprising “Milk Money” are put together differently than his previous works, too.

After wading through more ambient sounds and beatless work than has been included over the course of Dosh’s decade-long discography, there’s a twenty-four-minute closer, “Legos (For Terry).”

“I was asked by the Walker Art Center to write a song to perform with Glenn Kotche, the drummer for Wilco. They said it could be thirty-five-to-forty minutes long,” Dosh explains.

So he set about working out bits and pieces of the composition, shuttling them off to Kotche to figure out a way to complement Dosh’s music-architecture. During the process, Dosh unsurprisingly developed an affinity for the recording, did the Walker gig and decided to trim the music a bit for inclusion on the new disc.

Like the majority of “Milk Money,” its longest track stubbornly develops a recognizable theme and rhythm. Listeners need patience to get there. The album’s cover might be a bit more concretely rooted in the world we all inhabit, but musically? It’s greatly transcendental moments of manipulated keys and surprising, dropped in edits.

“I’m always trying to make things that I haven’t heard before,” Dosh says. Longtime listeners have heard a lot of things from the Minneapolis drummer. Just not this.