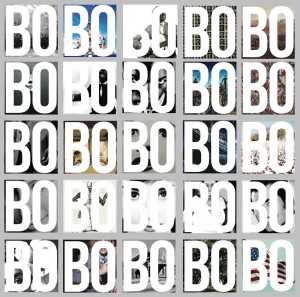 The most common revelation upon hearing Bill Orcutt play is that the acoustic guitar has never sounded this way before. Backwoods blues at such a frenetic pace is nowhere to be found in the history of recorded music. Orcutt turns improvisation into instant songwriting. One can hear him struggling to work out the melody in his own voice, note by note, guided by a phantom precision lasting milliseconds, before the moan from his four-string guitar or his throat greets the listener with the force of a fire truck; the sound of which whirls by in “When You Wish Upon a Star.” That’s Orcutt calling from a distance, sitting alone in a wooden windowed room, minimal recording equipment by his side as he rails out the new American songbook.

The approach coalesced on this year’s “A History of Every One,” Orcutt’s take on the hackneyed songs of yore. “White Christmas” and “Zip A Dee Doo Dah” are among the tunes showcased, chosen by the artist to juxtapose two competing threads in American popular culture: bourgeois privilege and the legacy of slavery. Side A closes with the aforementioned “White Christmas,” the best-selling single of all time as sung by perennial crooner Bing Crosby; and Side B opens with “Zip A Dee Doo Dah,” a 1946 Oscar-winning tune from Disney’s “Song of the South,” a film steeped in enough racial controversy to prevent the corporation from ever releasing it on home media. Orcutt performs both in perfect communication with the tension of American history, coming up for air in the appeals to beauty that made the melodies everlasting hits only after he’s had his way with their messy origins, a guttural utterance rendering the original scores indistinguishable from their cultural heritage. The magic of Orcutt is thus: in playing America’s past he confronts the country’s future in stark originality, reinventing the acoustic guitar, casting aside its ubiquity and banality, making it scream out timeless prophecies.

“A History of Every One” is the best album of 2013, but the subsequent “Twenty Five Songs” box set eclipses it in every way. Billed by Orcutt as early and alternate versions of songs that made it on to the full length, an impromptu diary detailing the origins of the work, the set is sprawling where the album is concise. “A History of Every One” contains twelve tracks, and no artwork outside of the well-chosen Futura typeface; whereas “Twenty Five Songs” is comprised of thirteen 45s, fourteen tracks of which do not appear on the album, each song with its own artwork. That the “Twenty Five Songs” are all confined to 45s hearkens back to when the format was the most democratic medium available. There was a time when the cost was cheap enough for just about anyone to release a 45, but this set, limited to seventy pressings, was sold at a loss for $110 by Orcutt through his Palilalia imprint. That the artist was on the other end of the email exchange, ensuring the quality of the goods and the timeliness of their delivery, offered a refreshing reprieve from careerist musicians, and bolstered Orcutt’s reputation as a methodical man, one unadorned by agents and publicists and labels as a matter of practical circumstance as much as ethical concern.

In a secular society, art is ethics. Consider the placement of “Zip Coon” as the A-side to a single backed with “Moon River.” That is, an early nineteenth-century minstrel-show staple which makes a mockery of free northern black men donning upper-class clothing, as contrasted with a mid-twentieth century embodiment of the privileged class through the guise of Audrey Hepburn as Manhattan socialite Holly Golightly. The cover art pairs the racist dandy imagery from the “Zip Coon” sheet music with a still of “Breakfast at Tiffany’s” star Hepburn’s bright-shining eyes, both images dominated by Bill Orcutt’s big bold initials, both tunes subjected to his faithful treatments, perhaps the most straightforward of his entire catalog. That Orcutt kept the melodies intact reminds the listener of the continued relevancy of “Zip Coon,” a familiar song to children of all ages thanks to ice cream trucks everywhere; while besides winning both an Oscar and multiple Grammy awards, “Moon River” and its appearance in “Breakfast at Tiffany’s” was chosen by the United States Library of Congress for preservation in the National Film Registry. American history condensed to the length of a 45 begins with the legacy of slavery and concludes with bourgeois privilege.

The remaining covers on “Twenty Five Songs” are just as essential to the Orcutt oeuvre, with non-album cuts like “I Happen to Like New York,” and “Ol’ Man River” offering a glimpse at his formidable range as he inverts American traditionalism in favor of his own unmistakable voice, the box set giving way to a much more patient and understated take on the album, the most calm and restrained work of Orcutt’s career. Trading off Broadway staples for a jazz standard like Ornette Coleman’s “Lonely Woman,” Orcutt’s maturity has squared with an artist’s greatest obstacle: exercising self-restraint. This is no better emphasized than on “Black Betty,” the longest track on the album, now streamlined for the box set, the essence of the song emerging someplace far beyond Ram Jam’s 1977 hit, nestled against Lead Belly in some strange alternate American universe where the fruits of privilege are reconciled with labor’s creative force; Bill Orcutt at the helm, guiding the country through a scrapbook unlike any other.