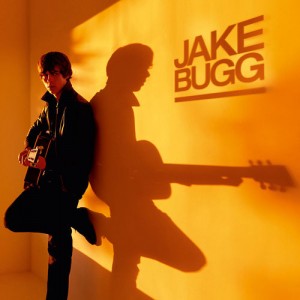 Pop music has always been the milieu of the flagrantly young, but that seems especially true this fall, with the cultural buzz a virtual high school cafeteria. In September, seventeen-year-old Lorde established herself as the cool goth-girl with “Pure Heroine.” Then, in October, twenty-one-year-old Miley Cyrus became the wild partier with “Bangerz.” And now, with “Shangri La,” we’ve found our shaggy-haired rock kid in Jake Bugg.

Bluesy rockers “There’s a Beast And We All Feed It” and “Kingpin” feature shredding that would make Jack White proud, but even better are the tunes in which Bugg opts for tenderness. “Me And You,” a gentle little love song, is easily one of the best tracks of 2013. It’s his voice that makes it–like Liam Gallagher, a clear influence, his voice seems incapable of anything but earnestness. So when he sings things like, “I’ll hide you discreetly/Discreetly from this cold world,” it doesn’t sound cheesy and clichéd, but honest and sweet.

Still, there are some lyrics that scratchy tenor of his can’t save. Bugg, for all his talent as a musician, is still sorely lacking as a lyricist, sounding less like the “East Midlands Bob Dylan” the press wants him to be and more like an angsty, smarter-than-average teenager. He occasionally shows flashes of brilliance–beautiful lines like “every roof, every flower illuminated by morning”–but too often veers into the territory of puerile notebook poetry.

Take the aforementioned “Kingpin.” The hook–so raw and jagged and cool–is nearly wasted on this bromidic chorus: “When you’re the kingpin, all the eyes are on your crown/When you’re the kingpin, people want to take you down.” Bugg’s going for simplicity here in an admirable attempt to let the music take center stage. But there’s a difference between simplicity and stupidity, and unfortunately, Bugg’s words occasionally fall on the unhappy end of the spectrum.

The upshot is that the teenaged Bugg is proving himself a musician and songwriter well beyond his years. If he’s putting out albums this good at age nineteen, imagine what he’ll be producing at twenty-five, at thirty. “Shangri La” is a terrific, if flawed, album–but the real pleasure comes in the realization that his best work probably lies ahead of him. (Eric Lutz)