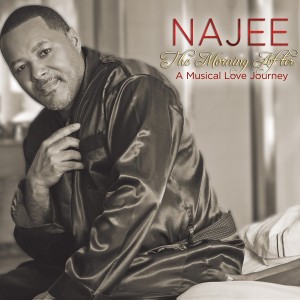 On Najee’s fifteenth solo release, the smooth jazz veteran takes us on a journey based on different international moods and the sounds inspired by the various locations where he has performed during his long career. “Shinjuku” (written in honor of the recently departed George Duke) is a funky theme in which the bandleader improvises freely on the flute, while “W 72 and Broadway” gives us a rare look at his straight-ahead jazz chops backed by an acoustic quartet. The bandleader also takes us to neo-soul territory with “In The Mood To Take It Slow,” an uptempo tune that features vocalist Meli’sa Morgan (known for her cover of Prince’s “Do Me Baby.”) Morgan exudes sexiness on the track, and Najee plays well around her grooves. Also notable is the bluesy title track, which gives a feeling that something did not turn out too well the night before. (Ernest Barteldes)

“The Morning After”
Najee
Shanachie Records