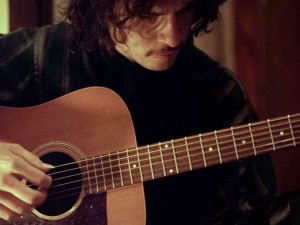 Had Ryley Walker pursued any other art form, say painting for instance, “The West Wind” would have been met with universal acclaim, a minor masterpiece announcing the arrival of an immense talent promising a tremendous wealth of future creative output. That Walker’s dedication to formalism yielded a recording indistinguishable from the sixties British folk it pays homage to is remarkable not only for its achievement of authenticity, but for its singularity at this historical moment. No other artist in Chicago or anywhere else offers an accurate comparison for Walker’s unique voice and playing style, a commitment to a time and place far removed from his peers, an unmistakable presence that transcends music scenes littered with land-mines laid by careerists in the name of contemporary cool.

The change in sound was a shock given his string of American primitive releases, albums that owe much to the legacy of fingerstyle pioneer John Fahey. Walker says, “I discovered after doing that for a couple of years that I’m just not meant to do that. It was a really enlightening experience.” Yet the influence remains. Walker performs with such force that relying on the natural strength of his nails isn’t enough, so he dons acrylic extensions on a few fingers of his right hand. The image of the longhaired bohemian during monthly visits to the salon looking as out of place there as he has on concert bills over the course of his career evokes a sympathy for his struggle to find the right footing.

Born and raised in Rockford, Walker’s wild youth was spent following a feeling. Music and fun were more than the rule, they were a lifestyle. Even formal jazz lessons on guitar couldn’t contain his enthusiasm: “I don’t listen to John Coltrane or anything like that because he’s so technically proficient, which he is, he’s a god. You can just feel it, his guts, and your brain’s melting, and he’s making a real physical bend, and in your gut you’re just [wincing from the impact]. That’s what Tiger Hatchery does for me, and Wolf Eyes, and stuff like that. I was really attracted to the noise scene, that’s what got me into music here. The heavy noise scene. It was great. It still is great.”

The admission is unexpected. Walker’s style is the antithesis of noise rock. “The West Wind” features arrangements with harmonium, piano and viola that synthesize elements of Bert Jansch, John Martyn and especially Tim Buckley, an artist to whom he bears a passing resemblance. Walker’s execution is so faithful that Tompkins Square, a record label with an archival bend, signed him to a two-record deal, offering him an immediate place in the canon. The creative leap took some time, and a crucial connection with local comrades Tiger Hatchery, an outfit linked with ESP-Disk (the label responsible for releasing Albert Ayler’s monumental “Spiritual Unity”), offered the gateway for free expression that he had been craving. The trio taught him the importance of disclosing his true self, that you “have to mean it when you play it, have to rip the guts out of it, have to make the song work. Have to make it, have to do it.” Walker had become anti-contrivance.

The method employed by jazz players stuck. Though his recorded output betrays the composition style, much of his work is improvised. “Writing a song always comes from improvisation for me; I’ll riff on something forever until it makes sense. Still to this day in the live show, band or solo, it’s always just jamming.” From the scruffy twenty-four-year-old, the invocation of jamming is a bit difficult to discern. In the same breath he may mention a ceaseless love of the Circle Jerks and then extol the virtues of Phish. But when Walker continues, it becomes clear that he’s chasing after something else. “Jamming is a real being, it’s an organism, it has a feeling, it has a pulse. I never want to lose that pulse. I always like the freedom of where live music can take you. There’s so much freedom and beauty and joy in it. I just want to keep feeling that pulse. I’m always looking for that pulse no matter what I’m playing.” Jamming, it seems, is more than a throwaway term for collective composition. Walker is marching toward a metaphysics. 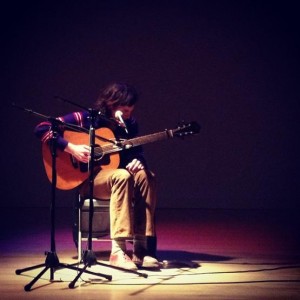 Veering toward the visceral has fostered Walker’s growth from mere mimicry to unparalleled creativity. The effort is endless. “Till this day I just like stretching the possibilities of what a guitar is. What’s a melody? What’s a song?” The success of this endeavor is startling. Walker is just as capable of executing noise and free jazz as he is folk and fingerstyle, and his willingness to experiment yields virtuosic results, even if he has to shelf full-length recordings until the time is right, something he hints about doing already, with boundless influences by his side. “I need to take a Lead Belly song and slow it down five-hundred times. Basically that’s Loren Connors to me. It’s not even drugged out. I don’t know—it’s future and past. I definitely had a phase of that. I’m still always doing that by myself too. It’s just a matter of, I think folk songs are the most fun to play live right now.”

For Ryley Walker, the future is a limitless landscape to bound through, engaging a playful presence that adheres to tradition and freedom in equal measure, his only anchor an unshakable gut feeling: truth. “Hearing records where people are meant to do that. I just want to have that. I just feel like I’m meant to do a certain thing, and I just want to be positive and just keep pushing for it. It’s like John Martyn said—’I don’t want to know about evil, I only want to know about love.’ That’s what I’m trying to do now. That’s my only goal at this point.” With his self-titled debut LP due out in April, the recording session for a follow-up booked in February, and the promise of his own curated archival imprint on Tompkins Square, the horizon is as wide and bright as Walker’s formidable talents have already proven to be.