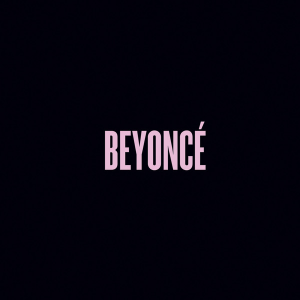 The first step toward the success of Beyoncé’s fifth studio album was to render the publicist and the critic obsolete. By choosing December 13 for the release date (a Friday instead of the traditional Tuesday preferred by retailers) she excluded herself from many year-end polls and best-of lists. The playing field was made even, fans could embrace the work without having it marketed or explained beforehand with just one catch. A week-long exclusive deal with iTunes meant no physical release at a time of year when holiday shopping is at its peak, prohibiting her fans from buying it as a gift unless they did so at the last minute. Delaying the album’s arrival to places like Target and Walmart meant conversations about the record’s merits were online exclusive as well, as even indie retailers were left in the dark. More than a million tweets later, and compassionate consumers counting their pennies were somehow swayed to pony up the $15.99 necessary to treat themselves to fourteen tracks and seventeen videos. It was a big ask, but given the million-plus digital copies sold worldwide, the answer has been the most resounding success of Beyoncé’s solo career.

It also could’ve been a massive flop. As unexpected as the “Beyoncé” release was, the artist herself was no stranger to publicity throughout the course of 2013. Her media presence bordered on bloated. A Super Bowl halftime show featured Mrs. Carter dancing alongside dozens of digital clones of herself, a Pepsi-presented affair, one of her longest-running sponsors. Paired with the release of “Life is But a Dream,” an autobiographical HBO film that she directed and executive-produced, Beyoncé lamented the public’s invasive insistence on understanding the lives of popular performers, longing for the privacy afforded to legends like Nina Simone during their prime. From a triple-threat entertainer with two decades of output that includes starring in an Austin Powers sequel and launching her own production company, the self-made comparison to Simone was far from flattering.

One child deep into a marriage with music mogul Jay Z, himself richly ingratiated in the corporate world, Beyoncé was pushed to the limits of self-reflection, self-releasing a free, online exclusive track to proclaim that she’s not “just his little wife.” At the time, “Bow Down / I Been On” seemed like a throwaway song rather than a preview of future album cut “Flawless.” By far the most inflammatory tune of Beyoncé’s prolific career, the diva did her utmost to align herself with her Houston heritage, proclaiming the truth of the matter thus: “this my shit, bow down bitches.” The next month she launched “The Mrs. Carter Show World Tour” without an album to sell, and a whole lot of non-believers anxiously awaiting a misstep.

Summer was punctuated by guest appearances on Jay Z’s “Magna Carta Holy Grail,” itself the subject of scrutiny for his choice to sell one-million digital copies exclusive to Samsung smartphone users. Beyoncé forgoes a formal feature credit in favor of a brand new pseudonym, Third Ward Trill, another reaffirmation of her hometown, and one of the most dangerous neighborhoods in America. With no one the wiser, Beyoncé was in the midst of reinventing herself by squaring up to her past. Hence the crucial invocation of her background in the very first appearance she makes on this visual album, a “Miss Third Ward” sash draped over her pageant gown as she vies for the crown.

“Beyoncé” had been a long time coming. Her previous output was marked by a conscious attempt to scrub clean her expression for the corporations who backed her, everything according to a template, each successive effort sounding less like the authentic work of an artist and more like the results of endless audience testing. In the song “Haunted,” Beyoncé even concedes by her own admission that “all the shit I do is boring.” Bracketing the ballads, this release is far from dull, a neat summation of every current R&B and hip-hop trend without becoming a retread. It’s full of pride, conviction and dedication to a hyper-stylized sexuality anchored in her family life, replete with a matronly sense of a fierce feminism. A leonine growl announces that Beyoncé has managed to stand on the shoulders of her peers, and with a clear indebtedness to Prince, pursue a project with more intentionality than all of her previous work combined.

Though to consider the audio without the visual would be a mistake, as Mrs. Carter copped to a synesthetic sense to realize the reality of her ambitions. The list of Houston cameos in the “No Angel” video alone includes Paul Wall, Scarface, Willie D., Z-Ro, Bun B, Slim Thug, and Trae tha Truth. She’s on the receiving end of four director credits for this visual album, with each music video offering a crisp, bold vision especially when viewed on the laptop or smartphone where it was first purchased, rather than the CD/DVD combination now widely available. Beyoncé has been experimenting with album packaging for years, dropping vinyl completely by the time “I Am… Sasha Fierce” was released, including a DVD with the “Platinum Edition” of the same album, and then moving on to perfume samples for deluxe copies of her follow-up “4.” She’s no stranger to film production, nor Blu-ray, which her “I Am… World Tour” release documents, though this latest release marks a distinct moment in her career.

“Beyoncé” succeeds because the artist has streamlined her self-reflective expression with a proper understanding of mass media trends among her fans. Had she complicated the matter by selling variations on the same physical product, or created videos without any real bearing on the lyrical content, or simply not come to know herself in any real sense the way she seems to when she invokes H-Town, Beyoncé would have reinforced a creeping suspicion that she’s an aloof starlet incapable of sincerity. Instead, with this release she legitimized the audio/visual capabilities of iTunes software alongside an extensive line of Apple products, while reaping the benefits of their agreeable fee structure, paying back her sizable advance, and not allowing publicists or critics, nor any type of hangers-on to obstruct the purity of her vision. The results prove once again what every romantic has already known: good art will succeed no matter what.