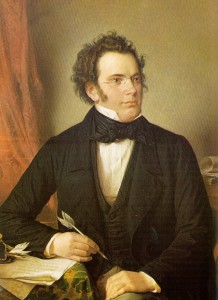 It is a subzero late Tuesday afternoon and Riccardo Muti and the Chicago Symphony Orchestra have just completed the first day’s rehearsal of Sollima’s Double Cello Concerto. (The piece would receive its world premiere later in the week.) The composer, also a soloist in the piece, is backstage, as is cellist Yo-Yo Ma. As are members of the rock group Chicago, about to complete their first-ever two-concert run with the CSO, conducted by Richard Kaufman.

Despite this odd musical assemblage, inside Muti’s office, the discussion is on his decision to place a CSO spotlight on Schubert for the 2014 season. With so much Verdi and some Wagner having been done by the Chicago Symphony for both composers’ bicentennial years in 2013, it may seem a bit odd that 2014 brings a CSO focus on Schubert despite there being no round-number anniversary.

“You know, generally I don’t like anniversaries,” says Muti, pouring a bottle of sparkling coffee, which he also offers to his quizzical guest. “If it’s a very famous composer, such as Verdi or Wagner, they are performed anyway. The problem with the lesser-known composers is that you have an anniversary and then forget about them the rest of the time. Anniversaries can be important when the performances add something to the comprehension of the composer or when musicologists write something interesting about them.”

Why Schubert, why now?

“Schubert is one of the composers less performed by symphonic orchestras,” Muti explains, “except for the ‘Unfinished’ Symphony, the ‘Grande’ C Major Symphony and sometimes the Fourth and the Sixth. The Fifth generally is played when you don’t know what to do with the first part of a program, or maybe by some young conductor who wants to try a relatively simple symphony. With Schubert, everything seems simple, but everything is extremely difficult.”

Muti feels that Schubert is an under-appreciated composer in part because of where he falls chronologically and because as a composer best known for his lieder, melody is always paramount, even in his symphonic works.

“He had an easy way with a melody,” says Muti, “the result of a genius that had a dramatic life. He was extremely cultivated. Unlike Beethoven, he was not interested in politics or social things. There is an eternal world reflected in Schubert’s music that is also the soul of Austria and of Vienna in a particular way. Schubert remains a mystery, a question mark. How to perform it? Schubert is not Mendelssohn, but he is also not Schumann. And yet, he will bring us even to Brahms.”

Brahms? “Sì, sì,” says Muti. “In Brahms, there is a way of singing, much like a lieder, that comes directly from Schubert. Generally, especially in certain areas of the planet, Brahms is performed too fat, too thick, not transparent, with the idea that that’s German and should be slow and heavy. Not true.”

By the same token, Muti insists, Schubert should not be seen as a lighter Beethoven. “Schubert is often played like a sort of Beethoven because we know he adored Beethoven. By that measure, he felt small.”

“Schubert’s concept of harmony is completely different, so personal. In his lieder, with any change of harmony, you immediately recognize Schubert. It is so personal and so sophisticated. At the same time, it is simple. He is a master of harmony.”

For Muti, a season-long emphasis on Schubert is not only about exposing CSO audiences to a wider output of a neglected master, but is also part of his ongoing plan to emphasize music that teaches the orchestra to play lyrically, to “sing.”

“Everything ‘sings’ in Schubert,” says Muti, “even the harmonies in the middle under the melody. He always thought about the voice. Everything should be transparent, extremely espressivo. It should be like lied all the time. Think of the opening of the Fourth Symphony. It must not be mechanical. You have to feel there is drama inside every note, that every note must speak. It must be very light. The difficulty today with the modern orchestra and the large number of strings that we have is to be equal to the chorale of the woodwinds. Sometimes you have chords where the middle notes are too heavy in comparison with the melody. Orchestras of Schubert’s day were smaller.”

Punctuating Schubert will be other palate-cleansing works: the Sollima world premiere and a work by Ennio Morricone for Muti’s winter concerts. “Sollima is a Sicilian,” says Muti. “His music and this piece are very earthy, from the Earth, dealing with the roots of civilization. He has the expression of a greatly cultivated person like most of the musicians of the south [of Italy], except for me!”

Morricone’s “Voices From the Silence” is a piece that Muti premiered but will be receiving its Chicago premiere. “It is a very interesting piece,” says Muti. “We think of him as a composer for movies, but don’t forget that he was a pupil of Goffredo Petrassi, one of the most important composers in twentieth-century Italy. He wrote real music, not only movie music. This piece was written after the disaster of the Twin Towers and is very moving.” 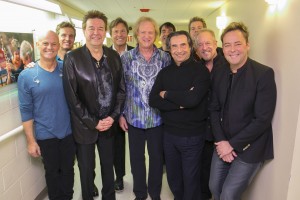 As we walk out, Muti has agreed to do a brief meet and greet with the band Chicago. Does he know Chicago? “Of course, I have heard of them, they are very famous and popular. But I am not very familiar with their music.” As the players come out from their dressing rooms, Muti hears stories of their classical teachers and mentors: saxophonist Walt Parazaider tells him that he was a protégé of one-time CSO E-flat clarinetist Jerome Stowell; trombonist James Pankow tells him about his admiration for longtime CSO principal trombonist Jay Friedman, a childhood idol of his. Trumpeter Lee Loughnane mentions his stint in the Civic Orchestra, the training orchestra of the CSO. Vocalist, keyboardist and songwriter Robert Lamm motions for his wife, a noted sculptor, to join in. Muti is intrigued enough with all of this to ask his assistant to order some Chicago CDs for him.

“You have a very good band, Maestro,” jokes Parazaider. “Ah, sì, grazie! But to a southern Italian, to have a good ‘band’ means that I have a good group of assassins!”