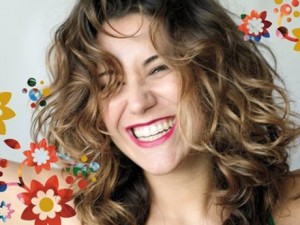 Brazilian singer Maria Rita built her career doing her best to be outside the shadow of her late mother Elis Regina, a legendary performer in her own right whose career was cut short by a cocaine overdose. It was not an easy task, since Rita’s voice is incredibly similar to her mother’s. Over the years, she stayed away from Regina’s material while making inventive, jazz-inspired albums accompanied by a simple trio of piano, acoustic bass and drums (the exception was 2007’s “Samba Meu,” which was recorded with various percussive instruments added to the band.)

It was not until 2012 that she finally agreed to work on a project with Regina’s music in commemoration of the thirty year anniversary of her passing. “Viva Elis” was originally planned to be a limited five-performance engagement, but due to public demand it later evolved into a national tour and a CD and DVD entitled “Redescobrir.” The album covers her mother’s greatest hits played in arrangements close to the original recordings (the audience is heard cheering at the opening chords of tunes like “Como Nossos Pais” and “Águas de Março”) while some of the lesser-known songs were given a completely different treatment under the musical direction of her brother, arranger and producer João Marcelo Bôscoli.

On her current tour, entitled “Voice & Piano,” Maria Rita goes into a completely different direction, performing in small clubs (she routinely sells out arenas in her native country) playing music from her entire discography backed solely by longtime band member Tiago Costa on piano. This is a rare chance to catch her in a more intimate setting—don’t miss it. (Ernest Barteldes)