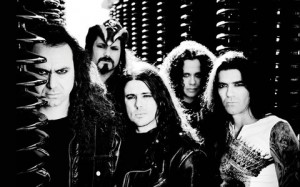 While Portugal’s Moonspell has had the usual shifts in style that are characteristic of a band with a lengthy history, in a black-metal-dominated contemporary scene that clings to “no clean vocals” like a religion, the band’s gothic influences are an acquired taste for certain fans. That being said, “Alpha Noir,” part of the band’s most recent two-part release, is their thrashiest in years. While less intricate and orchestral than more recent releases, it’s a refreshing injection of energy that won over extreme metal stalwarts who missed the black metal stylings of their 1995 debut, “Wolfheart.” Gothic metallers Leaves’ Eyes, Germany’s Atrocity, and locals Withering Soul open. (Keidra Chaney)