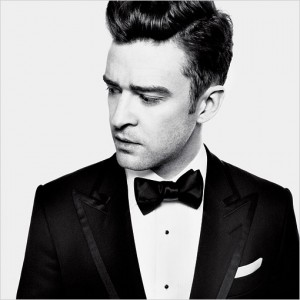 Every great pop star is at once completely of their time, and completely not. Shorthands for their eras, great pop stars are able to exude something ageless and universal that transcends the cultural moment they were birthed from. There are a million artists that do one or the other well. Miley is very of her time. Robin Thicke is timeless, in that there’ll be douchebags throughout time. But great pop stars are everything all at once. Great pop stars are both our windows and our mirrors—we see our culture through them, but we also see a little of us.

“The 20/20 Experience,” Justin Timberlake’s good if uneven double album, cemented him as our generation’s great pop star. Dressed to the nines, showing us a few things about lo-o-ove, Timberlake’s is a multivalent talent, spanning the mediums of film, TV and music. Beginning as a pasta-haired boy-band standout in *NSYNC, JT spent the better part of the aughts “Bringing Sexy Back” before taking a hiatus from music to focus on acting. In that time, he established himself as a pretty solid actor in “The Social Network” and “Friends with Benefits.” Meanwhile, a generation raised on Timberlake grew into adulthood, looked for jobs, fell in and out of love, started savings accounts, stopped eating gluten, dairy, meat…whatever it was that was making us gassy, were thrust into the complexity of real life and, as a result, began to experience a deep nostalgia for the nineties of our childhoods. We also experienced “Dick in a Box.” Hunger for a new JT record grew.

“The 20/20 Experience” mostly delivered. Blending old-school strings, horns, and keys with hip beats and neo-soul stylings, it is at once classic-sounding and modern. Thematically, the album is sort of a sonic version of GQ, discoursing on love (“I got that tunnel vision for you”), sex (“Girl, if sex is a contest then you’re coming first”) and, of course, the merits of wearing a suit and tie. It sometimes seems cheesy or done before (often by Timberlake himself), but the confidence and command he has over his material makes the words secondary. It’s like he sings on “Spaceship Coupe,” a song about flying to the moon to have intercourse, as if it were some kind of roadside motel: “Everybody’s looking for the fliest thing to say, but I just want to fly.” Justin Timberlake isn’t content to tell us about the stars; he wants to take us there. (Eric Lutz)