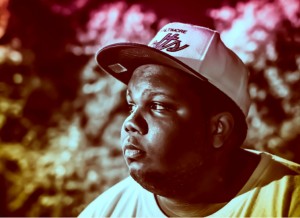 The year 2010 marked when Chicago’s own footwork dance music was dubbed by the media as the music of the future. Competitive and super frenetic at 160 bpm, this juke derivative has evolved to cater specifically to the dance style itself, aiming to ignite a chemical reaction within the foot, faster than a tap dancer with a gun to his head. At the forefront, Chicago’s TEKLIFE crew has forged the way for footwork music to flourish outside the hometown and take hold of the EDM scenes in LA, London and Paris just to name a few. Among the crew them is Deejay Earl, younger in age but with the tenacity and work output of someone you’d expect to be older than twenty-three. Last year he grasped a handful of milestones: headlining LA’s Boiler Room, countless internet releases and TEKLIFE colabs including a thirty-one track album on SoundCloud, two EP releases on an American and European indie label, as well as a hike in demand from nightclubs across Europe.

Long before all this jet-setting and late nights behind the decks, Earl Smith was turning heads as a footwork dancer in the South Side’s Burnside neighborhood when he was just a tween. In 2005 he joined one of the many ghetto house/juke dance cliques the Creation Crew. It was through competing at parties and rec centers that he got the attention of DJ Rashad and DJ Spinn. In 2008 they brought him into the fold of the Ghettoteknitianz, teaching him the basics of music production.

Nowadays, the Ghettoteknitianz operate under the TEKLIFE insignia. Deejay Earl has grown into a producer with a style all his own. He prides himself on keeping things fresh and different, with every new track separating itself from the one previous. A daunting achievement, when you consider the high volume of work this man has made in the short time of his budding career. Just look at his Facebook page. It’s an endless collage of web releases and exotic digital handbills.

Like his spiritual big brothers before him, Deejay Earl will be representing the TEKLIFE fam at the Cultural Center’s Randolph Café for another hour-long installment of Wired Fridays. This biweekly event has been jamming out lunch hours and class field trips since the start of last year. It features DJs from all walks of Chicago’s EDM life, as well as the occasional out-of-state ringer. Wired Fridays is a great way to familiarize yourself with some of Chicago’s hometown heroes, or catch an old favorite and show the kiddies how it’s done. Best of all, it’s entirely free. While it’s unlikely Friday’s event will become a heated competition, you can expect to see a rampant crowd form around those fearless enough to dance. (Jessica Burg)