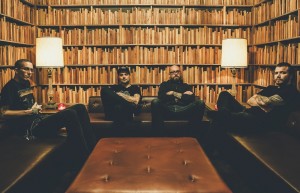 Extreme metal’s never been a genre known for its appreciation of gentle beauty. But when critics and fans alike consistently describe an album’s listening experience as “ugly” and “torturous”–and it’s meant as a compliment–you can assume you’re in for something special. “From All Purity,” the fourth full-length release from Chicago quartet Indian, has been lauded by many as the band’s most impressive release to date, while at the same time being described as one of the more unpleasant and difficult musical offerings in recent memory. Not a small feat from a band that’s already built a reputation for their particularly snarling sound.

The six tracks on “From All Purity” radiate loathing and paranoia through a wall of feedback and power electronics punctuated by vocalist/guitarist Dylan O’Toole’s rabid screams. The pummeling opening song, “Rape,” immediately gives you an idea of the type of album you’re in for from the title alone. The eardrum-splitting penultimate track “Clarify,” is a four-minute-long rising cacophony of feedback that becomes nearly unbearable. The album is a challenging listen even for extreme music fans, but at only forty minutes long, “From All Purity” is also a lean and well-crafted musical statement.

“Unpleasant is how I describe it [too],” says guitarist Will Lindsay (formerly of Wolves in The Throne Room and Nachtmystium). Lindsay moved from the Pacific Northwest to join O’Toole, drummer Bill Bumgardner, and bassist Ron DeFries during the band’s last album, “Guiltless” (2011) and now splits songwriting and vocalist duties with O’Toole.

According to Lindsay, it was all by design. After the recording of “Guiltless” the band started to talk about how to integrate the sonic harshness of that album’s production in a more deliberate way. “The noise was featured all the way through [“Guiltless”] and it was cool, but we wanted to do something a little different for this one,” said Lindsay. “We wanted to bring the noise more to the forefront and emphasize it more on specific songs.”

Not that the end result came easy for the band. Some not-so-positive behind-the-scenes events inside and outside the studio provided some influence–and a few challenges. “We split with our noise guy [Sean Patton, credited on “Guiltless”] which was unpleasant, and the weeks leading up to it were hard and weighed heavy upon us,” says Lindsay. “I had broken up with a girlfriend shortly before, that might have come through too,” he adds, after a pause.

“It was an easy record to write, but it came to life when we recorded it.” Lindsay credits the collaboration between the band and longtime producer Sanford Parker, as well as assistance from Anatomy of Habit’s Mark Solotroff, as two elements that helped to craft the vicious sound of “From All Purity.”

“We were actually unhappy with a lot of the songs when we came into the studio to record. I remember thinking ‘this is a pile of shit, a waste of our time and [record label] Relapse’s money,’” said Lindsay. “The moment it all came together was when Dylan was doing his vocals; he had a harder time with lyrics and vocal arrangement with this album but in the end it’s some of the best vocal work he’s done.” 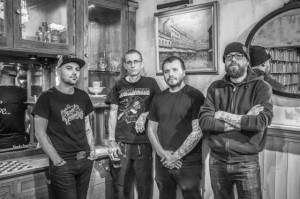 Though a mainstay in Chicago’s metal scene since 2003, and well-known enough to have a Kuma’s burger named after them (living the dream!), what’s notable about Indian’s slow, steady musical evolution is how under-the-radar it’s been. Indian has a relatively sparse social media presence, unusual at a time when bands are expected to be constantly “present” online, whether or not they have something to say. “Personally I have no interest in doing that,” Lindsay says. “I know other people are into posting everything they do: ‘I’m on my way to practice!’ When we signed to Relapse [prior to the release of “Guiltless”] it was standard operating procedure, they set up a Bandcamp page for us, they posted to our Facebook page. I certainly like some elements of the Internet and take advantage of it. [But] being old enough to remember touring before the Internet, I know something is different, there was a much stronger work ethic … God, I sound like a fucking old codger!”

So, you’ll likely not see any YouTube in-studio teasers or last-minute backstage Facebook updates from the members of Indian anytime soon. Then again, considering the brutality of “From All Purity” maybe it’s best that we don’t know exactly what’s on their mind at every moment. “Some might say we’re not the most pleasant people,” Lindsay says with a laugh.