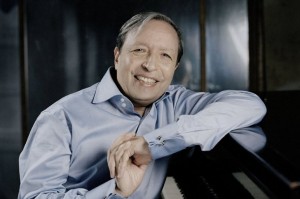 A Murray Perahia recital is a wonderful and increasingly rare thing to behold. Prior to his appearance in the fall of 2012 at Symphony Center, it had been several years since the celebrated pianist—a Chicago favorite during the Solti years because of his frequent collaborations with the late Chicago Symphony music director—had played here. Perahia had agreed to substitute for an ailing Maurizio Pollini in April of 2011, but Perahia himself ended up canceling, feeling that he had not sufficiently recovered from a hand injury that had sidelined him completely from a 2010 tour that was to have included Chicago.

This time around, Northwestern University’s Bienen School of Music is hosting Perahia, winner of the school’s biennial Lane Prize in Piano Performance, at its Evanston campus. One of the conditions of that prize and its $50,000 stipend is that the winner spend two to three non-consecutive weeks in residency at the Bienen School and engage in master classes, chamber music coaching and lectures.

Perahia presented a master class in October of 2012 that coincided with his Symphony Center recital and is following up with a two-hour master class that is free and open to the public at 10am March 3 in Lutkin Hall.