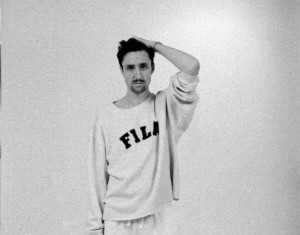 Tom Krell, aka How to Dress Well, isn’t just another sensitive guy making sensitive-guy music. He’s an ambassador for the human experience, not just for big touchstones like love and loss, but for the surprise emotions that come with accidentally discovering an unforeseen understanding of life’s events. Labeled by most as an R&B singer, his nontraditional sounds and lyricisms set him apart from his contemporaries such as Frank Ocean and the Weeknd, who typically orbit the time-honored realm of drugs, sex and shapes of the female anatomy.

Having never really had a formal musical background, Krell’s popularity grew from songs he recorded and uploaded on his blog. Then in 2010, Portland’s Lefse Records approached him to put together an album. He offered them “Love Remains,” a constellation of his spirit made from the very best of the EPs posted on his blog. Symphonic, sentimental and sorrowful throughout, “Love Remains” established Krell as an original and meaningful artist and led him to collaborate with like-minded artists such as Jacques Greene, Active Child, Shlohmo and Forest Swords.

Much of his latest album, “Total Loss” on Acéphale Records (2012) was written in the year following two substantial deaths, his best friend and his uncle, as well as the unraveling of his mother as she tight-roped on the threshold of a nervous breakdown. If his first album is a map of the stars, this, his sophomore album, is his universe. Krell lends his inspiration for assembly of this “Total Loss” to Janet Jackson’s 1997 album “The Velvet Rope” as well as the works of sound artist William Basinski and composer Steve Reich. The musical exchange between his altar-boy falsetto and nineties-era Soul for Real cadence on songs like “& It Was You” combined with the ethereal voice distortions and synth-string arrangements on songs like “Struggle” render an artistic self-actualizing gestation of such complicated and dismal subject matter. Through his pain we see Krell become a little more trusting of his intuition and it sounds just beautiful. How to Dress Well will be performing with his avant-garde associate, Forest Swords, a UK-based producer known for his own style of eerie, structurally challenging music. (Jessica Burg)