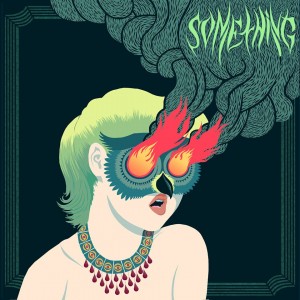 If the buy local movement has any bearing on the music industry, then it’s fair for Chicagoans to substitute the Black Keys and Jack White with North by North. The local trio’s Ray Bradbury-referencing debut is a double album; two mint-green records split between individual sleeves, in contrast to the gatefold packaging customary for a pair of LPs. Bonus points are awarded for the beautiful artwork, courtesy of guitarist/vocalist Nate Girard, despite the missing detail on the spine. The music itself owes much to the garage rock revival of the early aughts, rarely bending too far out of shape from a pop-songwriting sensibility. It may be garage rock, but this garage is clean. All the better for it, the affair sounds cohesive and realized, especially with respect to obvious singles like “Hex. X. O.” Girard’s vocals really do recall Jack White, and while his guitar technique lacks some of White’s wild intensity, Girard’s accompaniment smartly picks up the slack. One would expect a rock trio to have a bassist, but it’s Kendra Blank’s keyboards that anchor the effort, while she oohs and aahs the band’s way to real rock ‘n’ roll craftsmanship. Dylan Andrews’ drums sound carefree and natural, understated enough to make the listener wonder how he sounds when let loose from his leash. At eighteen tracks, “Something Wicked” is an ambitious undertaking for a band just beginning. North by North writes songs with a clarity of vision that, if nurtured and diversified over the long haul, may mature into a mainstream presence. Buy now, they won’t stay local for long. (Kenneth Preski)

“Something Wicked”
North by North
Self-released