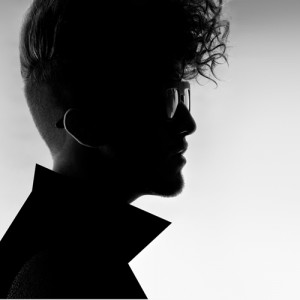 Chicago welcomes back pop and R&B’s newest blue-eyed recruit, Daley. Born and raised in Manchester, England, the twenty-four-year-old has come up in the industry little by little in the past four years thanks to an unrelenting DIY philosophy. Donning one ridiculously top-heavy, modern-day pomp, perfectly pruned geometric facial hair, and thick-rimmed glasses, Daley looks especially eager for an audience. With this tour being the first to follow the release of his first-ever studio album (“Days & Nights”) who can blame him?

For Daley, a pursuit toward music came naturally and the recurring dream of signing with a major label began back in his teens. Locked away in his bedroom he’d write songs and lyrics channeling such predecessors as Prince, D’Angelo, Sade and Radiohead. When he was old enough, he left Manchester for London and began working his way into the underground urban music scene. Then one day his energetic tenor found the ear of Damon Albarn of Gorillaz, who asked Daley to lay guest vocals on their track “Doncamatic” in 2010. The song became a hit and granted Daley industry recognition in the United Kingdom. He continued crooning his way to collaborations with other popular artists such as rapper Wretch 32, Emeli and Jessie J. He released his first mixtape, “Those Who Wait,” garnering more than 150,000 downloads as well as an American fan base keen on continuing the evolution of soulful R&B music.

In 2012 Daley signed with Universal’s Republic Records. His first EP “Alone Together” earned him “Best Newcomer” nominations from BET, Centric and the Soul Train Awards. Folks have been waiting for his LP ever since. Released in February of this year, “Days & Nights” is twelve tracks split between ten producers (Pharrell included), and it shows. In the years between his mixtape and this album Daley poised himself as a soul artist, succeeding in melding the sounds of yesterday and tomorrow by way of his own self-made style. While there’s no questioning Daley’s vocal abilities, at times his flagrant personality sounds less like his own and more like someone we’ve heard before—a variation of Justin Timberlake or Enrique Iglesias from one of his soft rock ballads—rendering the album more pop flavored than soul or R&B. Though the sum of its parts leave us missing a sense of intent we’ll cut him some slack since we know that we can come to expect great things from this young fellow as he continues to grow and figure it out. (Jessica Burg)