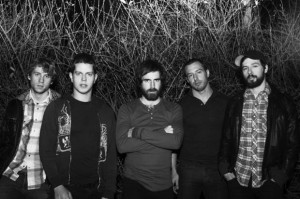 The Dillinger Escape Plan is not every metal fan’s musical cup of tea. Some are put off by the frenzied, tempo-hopping riffage of guitarist/founding member Ben Weinman. The “no clean vocals” purist crowd doesn’t care much for vocalist Greg Puciato’s smoother vocal stylings. Even so, the mathcore quintet’s fan base seems to grow with each new release, despite an ever-changing lineup and a commitment to creating persistently alienating music. Their most recent album, “One of Us Is the Killer,” shows the band at their most artistically confident, marrying the incomprehensible technicality of Weinman’s guitar playing and Billy Rymer’s drums with melodic , dare I say, pop-influenced choruses. It’s all topped off with Puciato’s impressive vocal range, jumping from high-pitched shrieks to guttural bellows to R&B-tinged crooning, sometimes in one song. It’s a trip.

Most fans can agree that the New Jersey band is at their best when performing live. Once called “the world’s most dangerous band” by VH1’s “Metal Evolution,” most Dillinger shows aren’t complete without at least one of the following occurrences: Weinman swinging his guitar around his neck like a hula hoop; Puciato aggressively shoving a microphone in the face of a fan who may or may not be prepared to sing along; one or two of the band members climbing an amp or hanging from a ceiling. And this is the band in their “gentler” years. Old-school shows involved fire breathing and/or broken bones. Needless to say, the band puts on a memorable show, but most impressive is their fidelity to their own musical path. (Keidra Chaney)