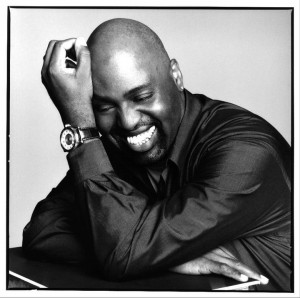 There was no better gauge of Frankie Knuckles’ influence on the global electronic music community than when word of the DJ/producer’s passing hit social media on the evening of March 31st. Within a half hour after the news of his death was first posted online–even before it was officially confirmed by journalists–Twitter and Facebook were flooded with condolences, memories and musical tributes. He was born in 1955 in The Bronx as Francis Nicholls, but in so many ways Frankie Knuckles belonged to Chicago. He made his mark on the city’s underground dance scene by spinning at The Warehouse in the late 1970s (where house music got its name) and became one of the first marquee names in the electronic music scene. Frankie Knuckles was widely known as the “Godfather of House.” It was an esteemed title he accepted with great responsibility during his career, as he served as an ambassador for house music in clubs across the world, but even that title understates the enduring imprint of his work on contemporary EDM and club culture.

Knuckles once referred to house as “disco’s revenge.” As a genre, the birth of house music was somewhat of a happy accident, a response to disco’s waning mainstream popularity in the late seventies and early eighties. In a 2011 radio interview on BBC 6, Knuckles attributes the invention of house as, quite simply, a career move. “It all came from me… trying to keep my dance floor interested and coming to the club every week after disco was declared ‘dead.’” Knuckles said. “I was already playing R&B, it was just a matter of me refashioning so that it could fit the dance floor.” Inspired by Philly Soul, the Europop and Italian disco scenes in Europe, and his own experimentation with reel-to-reel track editing and drum machines, Knuckles created a gloriously pulsating patchwork of genres that became its own original, influential style. You can hear his masterwork in the hypnotic synth of his seminal 1987 track “Your Love,” or the driving hi-hat of 1989’s eternal dance floor anthem, “Move Your Body.”

House quickly evolved into a genre more inventive than the one it was intended to avenge, and its contributions were more foundational as well. While disco’s legacy primarily exists in the realm of nostalgia and kitsch, house music was the prototype for a dizzying list of electronic-music sub-genres and offshoots: acid house, trance, deep house, ambient house, etc. House music as a genre also arguably introduced the remix to mainstream nineties R&B and hip-hop. It’s not overstating the case to say that if a thumping, four-on-the-floor beat has ever inspired you to move your butt on a dance floor, you have Frankie Knuckles’ influence to thank.

“[He] was the Mies van der Rohe of electronic music,” says Luke Davis, UK-based music producer and editor of music website Sampleface.co.uk. “He managed to take the demise of disco and reengineer it into something so unique and vibrant. I’ve yet to hear a transformation in music quite like that and the entire industry owes their success to his master hand.”

Frankie Knuckles also provided a coming-of-age soundtrack for many Chicagoans on the city’s South and West Sides. House music was an emotional release and community glue for a generation of Chicago kids, primarily black, Latino and gay who danced at The Warehouse, or at Mendel High School’s dance parties, or listened to Knuckles’ Friday Night jams on WBMX. It was the musical template for future DJs and producers to emulate and call their own.

“The first time I saw Frankie was at the Hotel InterContinental—an all-ages party in the eighties,” says Paula Harris, producer of Groove Parlor TV, a YouTube-based urban music show based in Chicago. “Frankie then had this tradition of playing Chicago every 4th of July and Black Wednesday (the Wednesday before Thanksgiving) in the nineties. I’d see folks at a Frankie party I hadn’t seen in years. That was the vibe. Like a family reunion of sorts,” says Harris.

Knuckles’ enduring influence is such that a decade ago Chicago named the street where The Warehouse used to stand “Frankie Knuckles Way.” Shortly after his death, music writers from publications and blogs as diverse as The Guardian, NPR and Slate have curated their own definitive Frankie Knuckles discographies, introducing a new generation of music fans to his contributions. But while music critics and tastemakers rank his productions and debate precisely where his name fits into electronic music’s canon, the Chicago music fans, like Harris, who grew up on the music of Frankie Knuckles, have their own intimate memories of his legacy: “On Frankie’s dance floor I felt completely free, like I was among kindred spirits. Like I could achieve anything.”

[…] I wrote about the legacy of Frankie Knuckles for NewCity. It’ll be in the print newspaper next Wednesday. […]