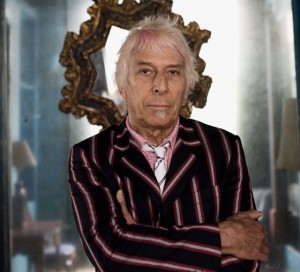 Every list of John Cale’s achievements begins by cementing Cale’s role as a founding member of the Velvet Underground. At the onset of the group, Cale’s avant-garde and contemporary classical credentials lent a grounding circuit to the proceedings, with songwriting credits second only to Lou Reed. The spark in a song like “Venus in Furs” was summoned forth via his viola flourishes, or by his piano playing in “I’m Waiting for the Man.” Cale has continued to be a ceaseless experimenter, ever curious, always listening, and dead set on playing his own version of what’s next. The method has yielded a storied collection of recordings, with some unforgettable songs, including “Fear Is a Man’s Best Friend,” an anxiety twitch of a tune that sounds good no matter who sings it. All of these song titles are worth printing word-for-word because they are exemplar of adventurous, forward-thinking twentieth-century popular musical expression, a streak that continues for Cale as a producer as well, with credits on The Stooges’ first album, and Patti Smith’s “Horses.” Some formidable clientele, to be sure, though lately he’s been pursuing other’s production expertise, including Danger Mouse, who provided council for the lead track off Cale’s latest “Shifty Adventures in Nookie Wood.” The man is anything but predictable. Though the lush pastoral arrangements of his early seventies solo albums remain definitive, Cale isn’t afraid to reach toward uncertainty on his quest for fresh sounds, a welcome risk from an elder statesman of the avant-pop world. Cale’s work is paradoxically progressive, both reductive and expansive, basic and baroque. Even when his recordings don’t quite hit, they are always a delight to hear, a soul in an eternal search for joy and amusement. (Kenneth Preski)