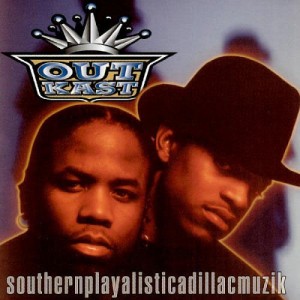 Outkast “Southernplayalisticadillacmuzik” (Legacy)
Only issued once on vinyl, back when it was first released in 1994, the duo’s debut effort is worthy of re-evaluation in the wake of Andre 3000 and Big Boi’s first touring stint in six years. Outkast is headlining Lollapalooza, and one suspects Andre’s got the itch to rap given his numerous guest verse appearances since 2007. He raps all over “Southernplayalisticadillacmuzik,” so it’s likely some deep cuts will make their way to a wider audience this summer, reminding the festival circuit just where and who and what Outkast represents—right there in the album title.

Gil Scott-Heron “Nothing New” (XL Recordings)
Taken from the same sessions that produced “I’m New Here,” this posthumous collection, limited to three-thousand copies, presents Gil Scott-Heron as singer-songwriter, performing fresh takes on two decades worth of compositions, now rendered immediate through the same throaty vocal that made his swan song LP such a painful and rewarding listen. When contrasted with the original versions of his tunes from the eighties, “Nothing New” provides a welcome facelift for the material, settling the legendary poet’s spirit by surrounding it with minimal frill. Voice paired with a piano yields a candid document of a life well-spent in pursuit of truth.

Songs: Ohia “Journey On: Collected Singles” (Secretly Canadian)
Another artist gone far too early, Jason Molina’s Songs: Ohia outfit gets the collected rarities treatment via a beautiful blue, cloth-bound box set comprised of nine distinct seven-inch singles released during the band’s six-year career. Heading off obscurity’s high price is a welcome boon, giving fans the opportunity to embrace lesser-known portions of Molina’s catalog without having to empty their wallets. What seemed at the time like inessential recordings are suddenly revitalized in light of Molina’s untimely passing, offering unique perspective on a too-brief career through the generous repressing of some of his most dynamic work. 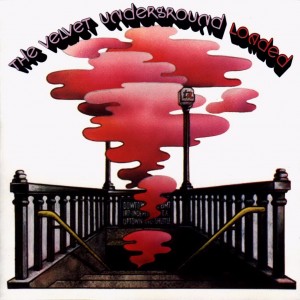 The Velvet Underground “Loaded” (Rhino)
A common thread highlighting purposeful vinyl reissues is the record label’s ability to cut down costs for the consumer by providing widespread access to a release where there was little or none before. To date, “Loaded” has been reissued over half a dozen times on vinyl in the United States alone, and with brand new copies still readily available for purchase, Lou Reed’s last statement as a member of the Velvet Underground is again being reissued and sold, now with pink, black and white splatter vinyl. Rest in peace to Reed, whose fans know better than to pay extra solely for the promise of pretty colors.

The Zombies “Odessey and Oracle” (Varèse Sarabande)
There is no shortage of “Odessey and Oracle” reissues on the market; the only benefit this particular version has is that the record label is domestic. While in theory that may save on cost, new import pressings retail at fifteen dollars, making it a tough price to undercut. Import pressings have a certain prestige with respect to the source: the Zombies were British. Given the psychedelic classic’s must-own nature, and its current prevalence in record stores, the only thing weaker than the demand for a reissue is what very little market research the label must have done in advance.

Sky Ferreira “Night Time, My Time” (Capitol)
This will be Capitol Record’s fourth vinyl pressing of Sky Ferreira’s debut album, which has been out for less than a year. This time the label has decided to manufacture a picture disc, one imagines because the young singer is topless on the cover. While the power of the image is not merely sexual, the potency of its suggestion will be all but erased when the slow-selling reissue inevitably ends up on the record-store wall of shame, hung alongside all the other gimmicky picture disc releases that are too cheap-looking to sell for the expensive asking price. 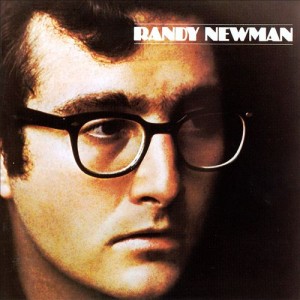 Randy Newman “Randy Newman” (Rhino)
It’s easy on the budget, but not easy on the spirit to be a Randy Newman fan. America’s most undervalued songwriter, Newman’s records are cheap, his self-titled debut from 1968 included. The album is defined by its stereophonic sound, its nearly psychedelic orchestral arrangements and Newman’s drawl, like a drunk on a bad bender in New Orleans. It’s difficult to understand the reasoning to reissue the record in mono, given the beautiful mixing that balances the string instruments so well on tunes like “So Long Dad.” It still won’t sound like Phil Spector. It will still be totally weird, oddly brilliant and undeniably Randy Newman.

Dolly Parton “Blue Smoke” (Masterworks)
In 2014, Dolly Parton is releasing an album, embarking on a worldwide tour, and pressing a seven-inch single for Record Store Day. Either inspired by boredom or happened upon by accident, many a record collector has discovered the pleasure of Parton’s voice pressed on a 45 rpm single played back at 33. Her shrill vocal is softened at a lower register, Southern twang suddenly soulful and sinister, a truly bizarre delight. The album itself includes a take on Bob Dylan’s “Don’t Think Twice (It’s All Right),” but the real entertainment value is super-slow Parton singing country-pop on quaaludes.

Ron Jeremy “Understanding and Appreciating Classical Music With Ron Jeremy” (Black Country Rock/Thirty Tigers)
Of course a 45 rpm single of Ron Jeremy playing Bach and Beethoven on the piano while he offers commentary and tells jokes would round out a Record Store Day release list. Novelty records have a well-established history in the music industry, and music lovers only become music snobs when they can’t take a joke. So yes, that’s Jeremy actually playing the piano, and judging from the off-color humor, he came up with his own jokes as well. Here’s one for you then, Ron. Aren’t you famous for more than seven-inches?

Record Store Day is always the third Saturday in April, which in 2014 happens to fall on the 19th. Stop reading and go get in line!