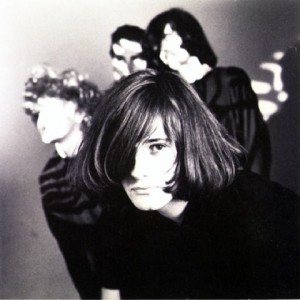 It’s a nice treat that Loop has reunited to tour for the first time in twenty-three years. That the British band is making an appearance in Chicago is the cherry on top. The crew were contemporaries of Spacemen 3 in the late eighties, both bands played an unruly mix of psychedelic-punk-krautrock. These groups are the reason come-down music as beautiful as Slowdive exists, and why a shoegaze scene became a reality. Loop is known for being an incredibly loud and intense live act, which is easy to assume the moment any of their recordings are played; the urge to turn it up is overwhelming. Distorted electricity cascades down the back of a perfectly synced rhythm section, vocals blurring in and out of lushly layered guitars—“Heaven’s End” is right, this is the perfect blend of sacred and profane. Since their dissolution in 1992, founder Robert Hampson has strayed from the guitar, both in his solo work and the electronic experimentations of Main, which now find their home at the ambitious Editions Mego label. In recent interviews, Hampson has insisted that the Loop reunion won’t last, and given their general avoidance of festival dates thus far, appearances that would surely pay far more than a small club gig, he’s easy to believe. The exception is the big festival booked at the end of November, Loop’s final tour date, a popular ATP “holiday camp” affair that the band is curating, the last of its kind according to the organizers. The spirit of the reunion will culminate in a sentimental send-off, which is something Loop deserved but didn’t receive the first time they called it quits. Supported by the bands that they’ve hand-selected, in their home country, Loop will leave behind a legacy of recordings that are the blueprint for a unique kind of unrestrained rock ’n’ roll. (Kenneth Preski)