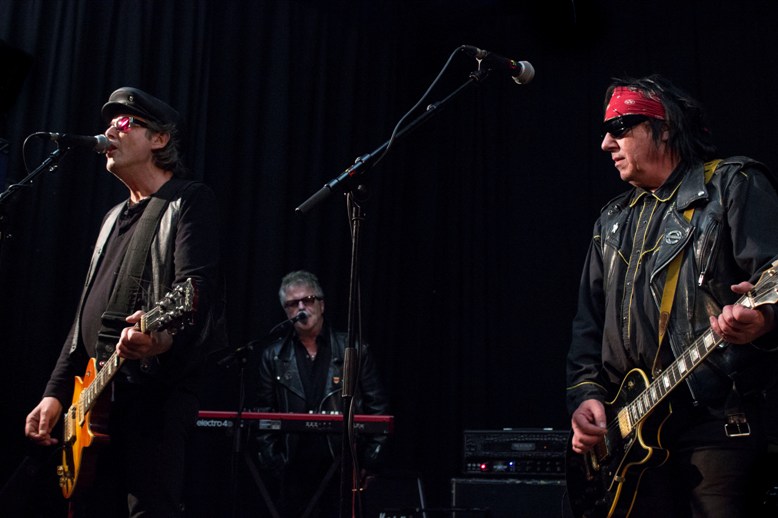 Relative unknowns and underground royalty: this is the balance that people have come to expect from the HoZac Blackout Fest, and 2014 delivers. Running from May 15th through the 17th at the Empty Bottle, the weekend showcases some up-and-coming acts like Shocked Minds, Toupee, First Base, and 999999999, while also boasting punk icons The Boys and The Dictators. The festivities open with the third art show that HoZac has included in their proceedings, with seventies punk photographers Paul Zone and Brian Shanley showcasing snapshots spanning decades.

Blackout Fest, especially this year, exists at a remarkable point on the timeline of punk. The parallels between 2014’s headliners and the other acts featured are undeniable in a way that should be embraced. HoZac co-founder Todd Novak explains, “These ideas of music and art aren’t new, but they’re timeless. They’re always going to be good ideas and it’s mind-blowing to see them be carried on.”

The Boys were a part of the first wave of London punk, rising alongside The Damned and The Pretenders, with guitarist/vocalist Matt Dangerfield even recording the Sex Pistols’ and The Clash’s first demos. The Dictators mirrored this rise in New York City, playing with The Stooges and the New York Dolls. Their ascension paved the way for the popularization of punk, providing the framework for a little jam called “Blitzkrieg Bop.” HoZac coordinators masterfully arranged the headliners and supporting bands this year, making the influence that these headliners have over bands of today impossible to ignore. 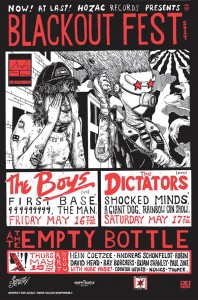 Photographer Paul Zone documented New York City’s punk scene in all of its glam rock and safety-pin-sporting facets, snapping some of the earliest photos of David Bowie as Ziggy Stardust, as well as the New York Dolls, Ace Frehley, and basically every influential punk-rooted musician to get their start in New York before 1975. Shanley is Chicago-based and has only published a few (we’re talking single digits here) of the many photographs he has of punk bands coming through the city for the first time. There are live photographs and staged portraits of The Runaways and Black Flag that not even the bands have seen yet. The other artists featured this year are evidence of how punk still subsists at a grassroots level, yet still manages to influence art at large. These bands and photographers are part of the reason that HoZac exists at all. The fact that the godfathers of punk music and punk art can be in the same place as who’s next in the punk scene is well worth the $55 cost of a three-day pass.

For those who have never been to HoZac Blackout Fest, don’t let its pedigree turn you away. Novak describes it as “three days of people going crazy, getting super excited, getting really drunk, and just having a good time.” Blackout Fest is also the place to be to scope out who’s going to be huge in punk very soon. Past acts include Black Lips, Lost Sounds, NoBunny, Bare Mutants, and the Dirtbombs. Or as Novak sees it: “This year, you can see your favorite bands of 2016 and your favorite bands of all time.” (Reilly Gill)