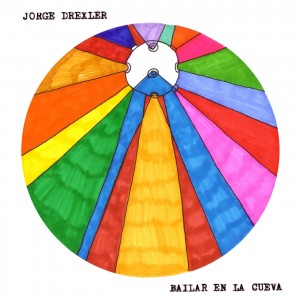 On his most diverse release to date, Uruguayan singer-songwriter Jorge Drexler—best known Stateside for being the sole composer to date to win an Oscar for a non-English song—goes into various musical styles to convey his message. The title song mixes electronic and folk elements with a syncopated beat and a catchy chorus, while “Bolivia” blends forró and cumbia. A berimbau (a Brazilian instrument commonly used in capoeira meets) leads the beat.

Legendary Brazilian singer Caetano Veloso makes a cameo appearance toward two verses in Spanish with a melody that goes against the song’s entire form. “La Luna de Rasquí” is an upbeat tune with Afro-Caribbean elements that is sure to get you moving. “Universos Paralelos” is arguably the most inventive track–it begins with an easygoing samba-like feel and the vocals of Chilean rapper Ana Tijoux (who seems to be all over Latin pop lately) comes almost out of nowhere to give her bit on the topic of star-crossed lovers.

After going into so many directions, he delivers “Esfera,” a rock tune with a smart horn section that is reminiscent of the work of Os Paralamas do Sucesso, a Brazilian band that is very influential in South America, and then goes into the John Lennon-esque “La Noche No Es Una Ciencia.” This is an album that deserves to be heard attentively, even if you don’t understand a word of Spanish. The music delivers the message quite effectively, no translation needed. (Ernest Barteldes)