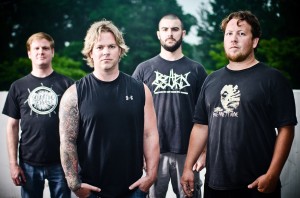 Pig Destroyer is about as close to a household name as underground metal can get, to the point that some metal snobs consider the band to be “mainstream” in comparison to its younger, more extreme counterparts. (They probably wouldn’t pass the “does your mom know them?” test, unless your mom goes to Kuma’s regularly.) Of course musically, the band is no less savage than they’ve ever been. Their last full-length, 2012’s “Book Burner” was both unusually ambitious–with some of the best, most disturbing lyrical storytelling vocalist J.R. Hayes has ever written–while sounding younger and more punk than ever, thanks to primary songwriter/guitarist Scott Hull’s guiding hand. Longtime fans can hear “Book Burner” tracks and older work in a new light with the addition of a bass player to their usual bottom-end free mix in 2013. While it’s sure to annoy the grindcore purists, it will certainly add some heft to their already crushing sound. (Keidra Chaney)