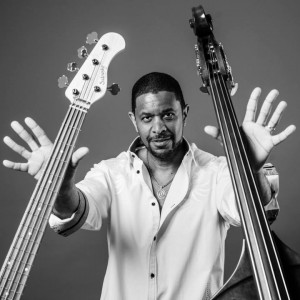 Forty years later, the song’s groove and message still inspire him: “Said the long-haired hippies and the afro blacks / They all get together across the tracks /And they party!”

As a teenager growing up in the seventies at 85th and Stony Island, Chuck Webb saved his allowance to purchase that record, James Brown’s “Get on the Good Foot.” As a bassist whose first band, Quiet Fire, had opened up for Ramsey Lewis at the Ivanhoe Theater while still in the eighth grade, Webb absolutely dug this tune’s tasty bass break.

“I always thought it was really cool. And maybe in the back of my mind, I said, ‘If I ever get a chance to record this song, I’m going to play it longer, because it’s only about three or four bars,” Webb says. “And those lines about the long-haired hippies and the afro blacks always seemed so profound,” he continues. “It was like a message of unity hidden within the groove.”

Well, Webb—whose acoustic and electric bass playing has been heard with artists ranging from Ramsey Lewis to Al Di Meola, Charley Pride to Lalah Hathaway—has recorded and stretched out that bass break at will on “No Smoke, No Mirrors,” his debut album that will be released on May 23. This nine-song program features his five-piece band: tenor saxophonist/flautist Steve Eisen, pianist/keyboardist Tom Vaitsas; electric/acoustic guitarist Buddy Fambro, drummer Ben Jammin Johnson, and vocalist Michael Scott, who appears twice.

Recorded live and filmed for DVD release before family and friends at Soundmine Studios, 8043 South Stony Island, “No Smoke, No Mirrors” is Webb’s attempt to combine acoustic jazz, electric funk and R&B/soul into one complete statement. “I need to present myself to the world, and this is what I do,” Webb says, who also serves as Director of Bass Studies at Columbia College. Everything the listener will hear, he added, is live, with his bass serving as the engine propelling the vehicle. No sequences; no studio tricks; no overdubs.

“No Smoke, No Mirrors” begins with “Song for Bilbao,” a fusion-flavored, Latin-leaning Pat Metheny composition. Webb’s interpretation had the band starting in common time, switching to three-four, and then expanding the bridge to feature his drummer. “I really love that song. I love its Afro-Cuban influence; that’s some of my favorite music to play,” Johnson says. “(The band) has played it a few times before live, so getting a chance to record it was pretty cool.”

Webb also reinterpreted Chick Corea’s “Armando’s Rhumba,” a song he played plenty during his ten-year tenure with Lewis. Many arrangements, he notes, take this tune at a rapid tempo, but the version here “has a South Side barbecue/rhumba groove.”

“We slowed it down; we relaxed it. You can ‘step’ to it,” he explains. “I had Steve play flute on it, because I wanted a different texture, a lighter sound. It’s a nice, sonic blend with acoustic bass, acoustic guitar, acoustic piano, and light drums.”

“(The new arrangement) was a really nice idea, and I think that tune had a different feel because of it,” Vaitsas says, when discussing “Armando’s Rhumba.” “It just felt better. We were able to get into a different type of groove. It allowed me to get more musical, and it allowed the music to breathe more.”

On Mingus’ “Goodbye Pork Pie Hat,” Webb rearranged the melody for electric bass. He describes this performance as an electric ballad in a true Miles mode. “That performance during the session was magical,” he recalls. “When the last note was played, the room was totally silent. It was very special.” 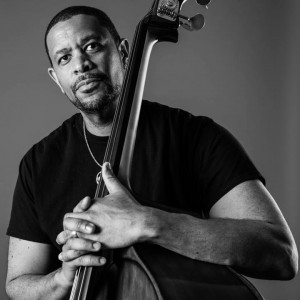 “I felt that it was pretty heartfelt between all of us,” Vaitsas adds. “It was a magical moment where the music just came out, and we really didn’t expect it to go that way. It’s hard to describe…it just felt really special.”

“No Smoke, No Mirrors” is at its funkiest, Webb continues, when exploring “Epistrophy,” a bebop standard written by Thelonious Monk. “We put a groove to it that is more like a hip-hop, funk groove. The next layer above that are the bebop solos, which are on top of the original chord structure.”

Two Webb originals are also featured, “Momo’s Groove,” a soul/jazz tribute to his mother, which he describes as “a cross between straight-ahead swing and boogaloo,” and “Swank,” a modern bebop tune that he says “gives everyone a chance to blow for real.”

“If it’s good music and the audience respects you, they know you’re not going from authentic bebop into any junk,” he says. “My credo is: ‘If nothing else, groove. You gotta make it groove and feel good.'”