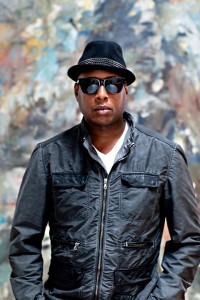 The rap music being manufactured today is more often than not stripped of its storytelling origins and injected with monstrous bass-rattling beats in place of substance. Talib Kweli, unlike some of his more mainstream peers, has never exchanged narrative for glitzy instrumentals. And even if he did, he’d still kill the mic. In the course of his twenty-year career, he has proved himself of two things: that he can rap over any beat, and that his rhymes are valid. Dubbed as a “conscious hip-hop artist,” Kweli’s raps have always been weighted in truth—shared experiences of community and history. Even when the story is not his own, it is told with a strong pretense bidding you to see things from a different perspective and always set to music that carries a proper head-bopping groove. Throughout his career he has made waves working in partnerships including Black Star with fellow rapper Mos Def, Reflection Eternal with Hi-Tek, and most recently Idle Warship with soulful songstress Res. Last year marked the triumphant release of both his fifth and sixth solo albums; delicious meals reminding us that rap is transcendent and doesn’t have to taste like it came out of a box. (Jessica Burg)