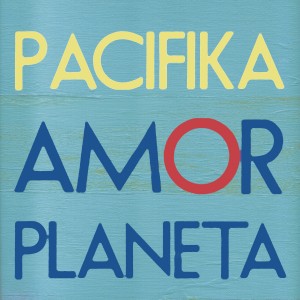 On their third release, the Vancouver-based trio formed by vocalist Silvana Kane, guitarist/producer Adam Popowitz and bassist Toby Peter seem to be taking the music into a deeper, more psychedelic direction without completely losing touch with their Latin, Middle Eastern and electronic roots. The songs are still framed by near-whispered vocals and nylon-guitar-framed textures alongside multi-tracked instruments and vocals sung mostly in Spanish, but the trio seems to have found a more organic approach to their sound.

An example of that is the bossa nova-esque “Satélites,” a song that is mostly played acoustically with guitars, drums, percussion and an effect-laden trumpet. “Yo Te Amo” has a catchy beat and chorus that is sure to become a hit on dance floors everywhere once DJs get their hands on it. The English-language track “So Much Here” flirts with the laid-back grooves of Hawaiian reggae (which tends to be more acoustic-friendly than its Jamaican counterpart), while “Panamericana” is closer to their early work without sounding dated.

Pacifika is clearly evolving before our eyes and ears, and “Amor Planeta” is clear evidence of that. They are not a fluke like some critics predicted back in 2008, but a group that is moving forward and surprising fans as they go along. (Ernest Barteldes)