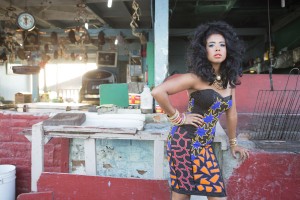 The best way to understand an artist is to meet them on their own terms, something that’s exceedingly difficult to do with Kelis, a musician who’s made a career out of defying definition. Check her track record: “Caught Out There” in 1999, “Milkshake” in 2003, “Bossy” in 2006, “Acapella” in 2010—a decade worth of hits to undermine any criticisms about her artistic vision. These songs resonate because of Kelis’ exceptional ability to layer vocal harmonies with a shifting timbre; striking a delicate balance between hard and soft, the opposing textures of her voice veering whichever way the mood shifts. Kelis has used the technique to create songs that are spiritual and sexual in equal measure, standout track “Floyd” off of her latest album “Food” emphasizing her skill in the endeavor, a heavenly refrain about being blown away. Through her music, Kelis is both sacred and profane in a world that can’t get enough of either.

Her artistic temperament has yielded an impressive list of collaborators, and this time around TV on the Radio’s Dave Sitek is on the boards, an unexpected kindred spirit to keep Kelis motivated: “I’ve been a fan of his music. I think he’s brilliant,” she says. “I like the fact that he’s so versatile, and you can’t really stick a pin in him. He just does what he likes, and you can tell. When we started working together, there was no plan to do a full album, but we just kept working, and kept working, and kept working, and it was such a good experience that there was no reason to stop.” The natural kinship is felt throughout the entirety of “Food,” an album grounded in a groove. From an artist whose career was launched on the hook to Old Dirty Bastard’s “Got Your Money,” someone who more recently helped bring EDM to life in America, Kelis’ decision to bring on a live band guided by her infinite interests—influences stretching from sixties pop psychedelica like The Beatles on “Forever Be,” to a growling turn toward garage rock revivalism in “Rumble”—was not entirely expected. Yet she already anticipates the most common mischaracterization: “I think it has retro emphasis, but I don’t think it sounds like a retro album.” Her intent? “To make a record that had the essence of things, not sonically but emotionally.” For all its nostalgic nuance, “Food” still sounds fresh, perhaps a skill the saucier learned to cook up in culinary school, a timely take on a proven classic.

The food themes are deeper than they seem, the culmination of life’s experience. “Food” sounds like the soundtrack to a block party. Says Kelis, “For me, it was more about the memories that records used to create [when I was] growing up, and the joy that they brought, and the sense of culture and family. It was lifestyle back then, it was different. There were less genres to choose from, there were less choices, and so there was more of a community sense of a love of music. Kind of like what you listened to told people who you were.” In that respect, “Food” may be the most autobiographical album Kelis has released. Her father was a jazz musician, her mother was involved in the catering business, and at this point in her career, Kelis is a wily combination of both: “Out of all my sisters, my name is the only name that’s half my dad’s name and half my mom’s name, and I think just on everything I am completely split down the center.” The arrival of son Knight, just as her marriage to Nas was coming to an end, sounded a greater sense of self, and a refinement of the interests into which Kelis herself had been born. 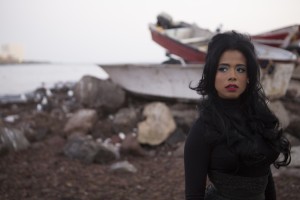 There’s no underestimating the impact of her clarity of vision: “I feel really content with my life. I feel like I make music that I should be making. I perform in the venues that I should be performing in. For me, success is about doing what you set out to do, and just feeling good about it, and being able to go home and look at yourself in the mirror and know that this is not who I am, this is what I do, and that there is a difference. It’s something I’ve chosen to do, I don’t have to do it, it doesn’t define me. I do it because I still enjoy it.” The open-eyed view represents Kelis’ refusal to take the art form for granted, and this is what makes her catalog so unique. In American mainstream culture, art is a business of the the highest order. For money-making recording artists, the pressure to churn out singles remains substantial. Kelis has been successfully eschewing industry expectations for her entire career, and music fans have benefited the world over. Now Kelis is on tour to extend the favor: “I’m pretty content on the road. I’m excited to be coming back to Chicago, I haven’t been there in awhile. It’ll be great to do a show there. I love Chicago crowds, they remind me of New Yorkers. So yeah, I’m ready!”