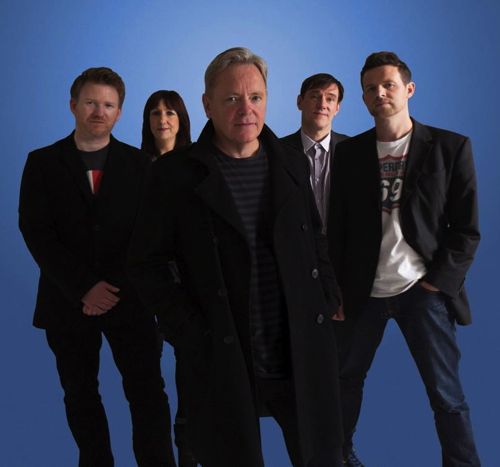 If it’s been awhile since you’ve caught up with New Order, and you happened to miss the reunion show in 2012, or their energetic set at Lolla last year, here’s what you need to know. New Order reemerged from yet another breakup in 2011 with a new lineup: keyboardist Gillian Gilbert returned to the band after taking time off to raise children, and Bad Lieutenant’s Tom Chapman assumed duties on bass.

Yes, Peter Hook is still gone–way gone–off paying tribute to his Joy Division years with his band The Light. He’s also still mad–way mad–recently accusing leader Bernard Sumner of “lazily” focusing on the hits rather than the band’s extensive back catalog. But nothing says “New Order” like band-member estrangement and years of simmering tension, am I right? And frankly, nothing’s wrong with the hits, either. New Order’s turn at Lolla was one of the highlights of the weekend: the band got the crowd dancing as they powered through fan favorites like “Perfect Kiss” and “Crystal” sounding tighter than ever. It’s exciting to hear, and bodes well for the new material the band has planned later for the year, and will likely introduce at this evening’s show. (Keidra Chaney)