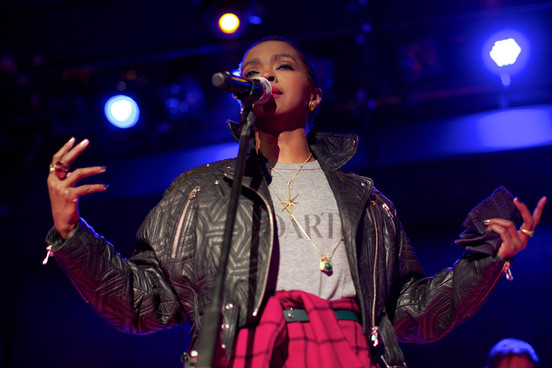 Iggy Azalea, Nicki Minaj and Azealia Banks may be hailed as some of the most talented female hip-hop artists in popular music today, but these hard-hitters would have nothing to build on it if it wasn’t for Lauryn Hill. Hill changed the game for female MCs with her work in the Fugees and with her Grammy-winning, absolutely venerable solo album “The Miseducation of Lauryn Hill.” As it tends to go for the hyper talented, Hill ran into some problems with fame, including what many sources speculate to be a “mental breakdown,” and fizzled out for a while. She remained largely out of the public eye for several years until last year when she was sentenced to three months in federal prison for tax evasion. Though Hill’s personal troubles threatened to overshadow her unsurpassed talent, this is still Lauryn Hill we’re talking about. Her current tour is reported as a success so far. Sets include newly arranged versions of her past hits that have earned critical acclaim. Hill has also been covering a few reggae songs in each set, further showcasing her wide-ranging talent. Though the price tag for this show is high, some artists, Hill obviously included, have earned the paycheck, and are undeniably worth the wait. (Reilly Gill)