28
King Louie
It’s nearly impossible to outdo Kanye West on his own album, but King L stole the show with his menacing delivery on “Send It Up.” One verse is all it took for the King to snatch the throne, trumpeting his arrival thus: “Rockstar bitch, call me Elvis.” After his signature mixtape “Chiraq Drillinois” cemented the new sound of Chicago in the rap game, King Louie took command over an audience too big to miss. A hundred thousand Twitter followers later, King L is still teasing out his Epic Records debut, most recently with his “Tony” mixtape, already downloaded thousands of times within days of its release.

29
Lil Bibby
It’s hard to talk about Lil Bibby without mentioning frequent collaborator Lil Herb, especially with nearly seven million YouTube views of “Kill Shit” boasting their credentials. The duo’s blistering string of tracks together were enough for Drake to show them love on Twitter, and now both of their headshots have been used as alternate artwork for Common’s latest album “Nobody’s Smiling.” Yet it’s been Lil Bibby’s deep voice booming out nationwide, especially on the success of his “Free Crack” mixtape, and a recent guest appearance on Juicy J’s “Holy Ghost.” Few other Chicago rappers seem as ready-made for the mainstream. 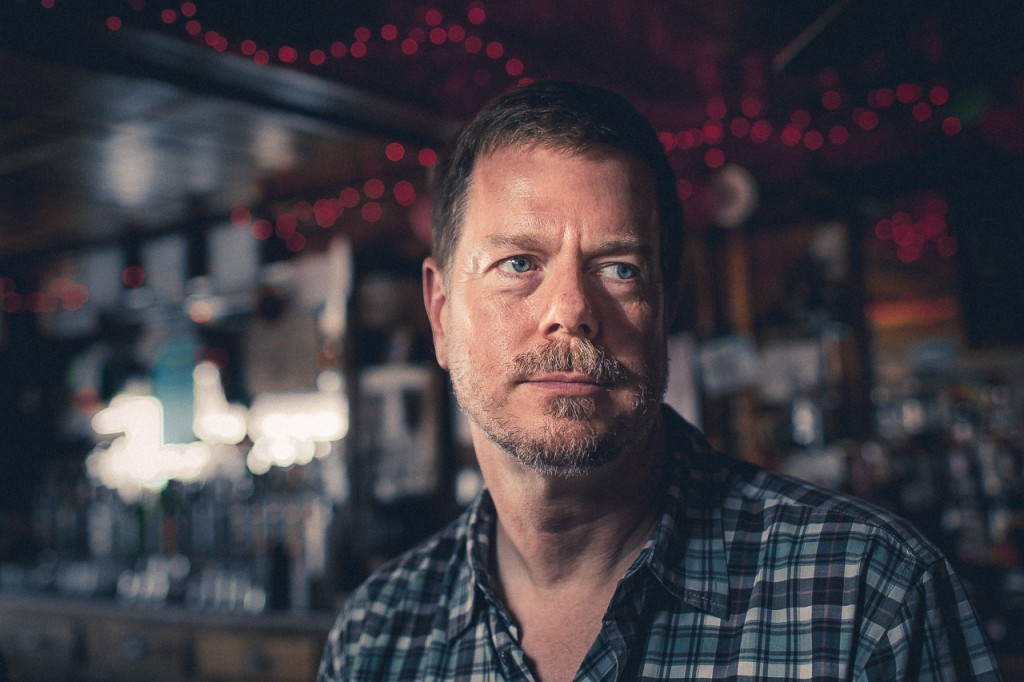 30
Ken Vandermark
Ken Vandermark is a monster of a player, and no number can demonstrate the quality of his musicianship, not even a $265,000 MacArthur Fellowship. Vandermark is at once a deeply conceptual and fully embodied artist who has proven capable of mastering both the saxophone and the clarinet. No jazz musician in Chicago matches Vandermark pound-for-pound in big band ambition; his recent Audio One project, for instance, features nine other musicians, all host to supreme talent themselves. The group has released two albums this year, showcasing Vandermark’s variety and poise as a bandleader, and moreover, an undeniable knack for fostering emerging talent. To say that Vandermark is influential to Chicago’s jazz scene would be an understatement: his voice and technique can be felt rippling through the city, from his ability to re-envision the pioneering work of past masters, to his worldwide collaborations with musicians of entirely different cultural perspective. Through it all, Vandermark has resisted the urge to simply be a chameleon, and his playing remains definitive of the Chicago scene’s infinite embrace of genuinely new music.

31
Smith Westerns
Chicago wunderkinds Smith Westerns survived all of the interview questions about being rock stars before graduating from high school, and have now released their third album, “Soft Will.” No longer a novelty for their youth, Smith Westerns have stayed in the headlines on merit of the matured but still very catchy glam rock the band churns out on their third release. “Soft Will” reached number five on Billboard’s “Heatseekers” chart and broke into the Billboard 200 at one-ninety-four. Forget college: Smith Westerns have graduated from a punky teenage rock group to a band with true staying power.

32
Hamid Drake
Since August 2013, Hamid Drake’s musical palate has been drenched in an orgy of sounds. It began with artist­-in-­residence duties for the Chicago Jazz Festival, where he led four ensembles in four days that featured free­form jazz, Taiko drumming and reggae. At the Visions Festival held last month in Brooklyn, Drake participated in tributes celebrating Amiri Baraka’s literary legacy. Drake and Baraka had performed together in a Curtis Mayfield tribute band. “Being in a situation with [Baraka], who was someone who helped shape our thinking regarding this music we’re doing today… was a big experience because of his immense knowledge,” he recalled. Drake will soon participate in a project that will explore Fred Anderson’s music. The approach, he said, will include rap/hip-hop, reggae and, quite possibly, strings. And in the fall, Drake will bring his tabla, trap set, frame drum and voice into the studio to record his first­-ever album as a leader.

33
Tortoise
Cousin to poppier outfit The Sea and Cake, John McEntire and Jeff Parker’s ambling post-rock adventures sound something like an experimental swim in Lake Michigan. The airy neon breezing by in their tracks makes for a template of a certain imitated-but-imitable Chicago sound. Albumless since 2009’s “Beacons of Ancestorship,” the sprawl of the band’s influential members continues to soundtrack the city like a diasporic jazz collective until they convene again.

34
Vic Mensa
Evidenced by the million-plus YouTube views of “Down On My Luck,” Vic Mensa may have hit upon the perfect middle ground between hip-hop and EDM. Beyond writing the dark horse for song of the summer, Mensa has continued to build upon the success of “Innanetape,” clearly relishing the hype, all the way to the top of the BMI stage, which he headlines on the second night of Lollapalooza this year. When his Virgin EMI Records debut EP “Street Lights” is finally released, don’t be surprised when one of the most inventive and reflective in Chicago’s burgeoning rap class explodes well beyond the city limits. 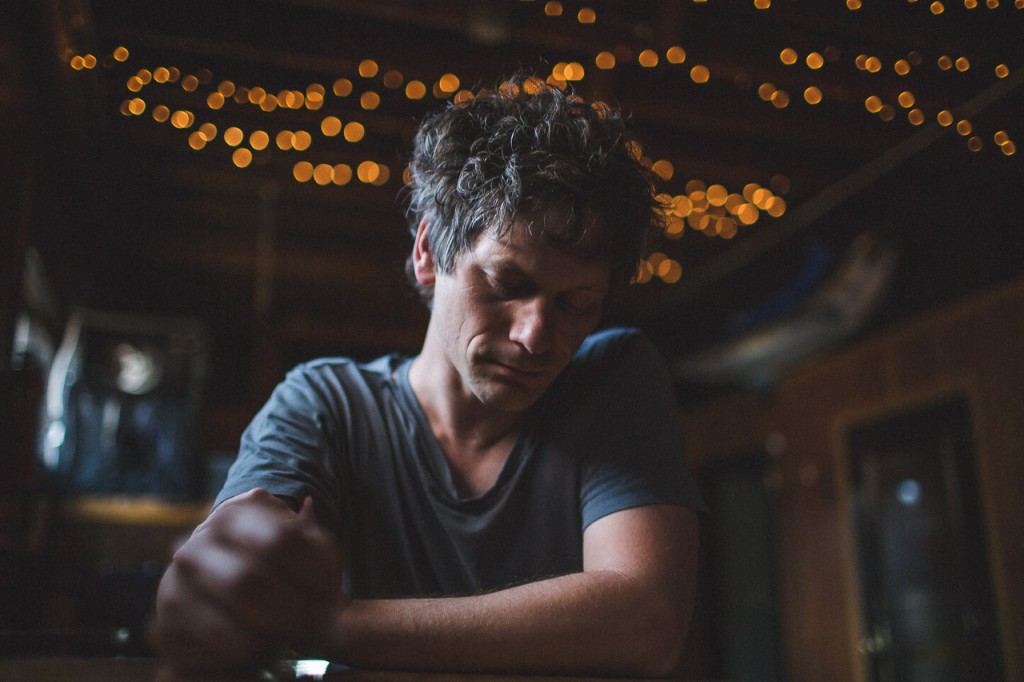 35
Disappears
When Steve Shelley of Sonic Youth offered to play drums for Disappears, it confirmed what so many Chicagoans had already realized: here is a band with something to say. No doubt this is why their song “Replicate” has nearly seventy-thousand YouTube views, Brian Case and company have latched onto a sound entirely their own. Sure, the group may be steeped in the shoegaze, krautrock, and garage rock traditions that many of their peers imitate, but Disappears seem to surpass their influences with every new release, each album bolder than the last. At a time when indie-rock bands are a dime a dozen, Disappears doesn’t really sound like anyone else, which may be the biggest indication of all that their legacy is just beginning, and their influence will be even wider-reaching in the years to come. With a new album already recorded and awaiting a release via Kranky, the ceaseless experimenters take on the entirety of David Bowie’s “Low” on November 22 at the MCA.

36
Derrick Carter
Hear a single Derrick Carter dance mix and it’s clear why he’s so vital to Chicago. Carter’s unflinching rhythmic thump and perfect feel for the dancefloor could make the bare bones of a skeleton dance. At home he’s cherished by a great diversity of music fans, performing at small clubs and big street festivals alike; whenever he’s not booked in Europe for even more lucrative gigs. For most working musicians, there’s no bigger payday than touring, and Carter’s ambitious traveling itinerary is clear evidence of how valuable he is not just to Chicago, but the world over.