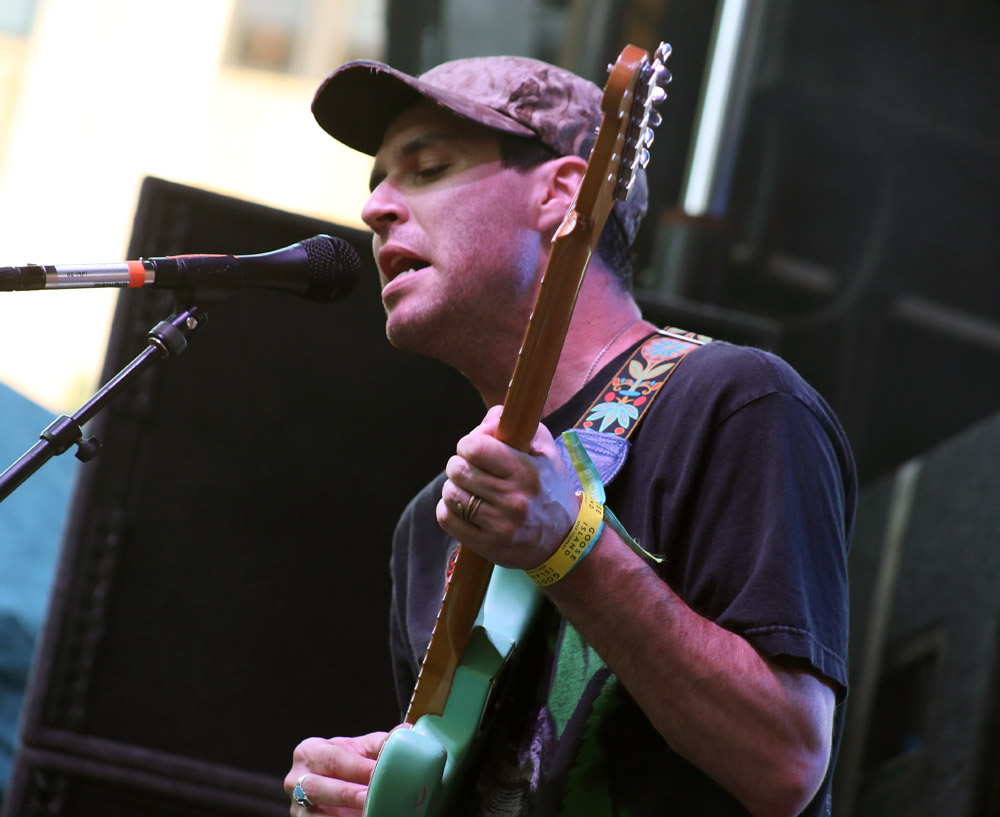 Avey Tare’s vocal is an unmistakable sinewy siren, like someone with a cold singing through a phase pedal. His work in Animal Collective is the manic upswing to Panda Bear’s pastiche programming, and four years after his band-mate’s solo set at the Pitchfork Festival, Tare finally got his due. Fronting a formidable trio, Tare and company rumbled through a collection of tracks that very nearly could be “Strawberry Jam” b-sides, and no surprise given Animal Collective’s devout following among Pitchfork readers, the audience was delighted. All your standard festival fanfare was present: dancing, crowd-surfing and blown-up condom balloons floating beautifully into the balmy evening. One suspects that Tare wouldn’t have it any other way, and by the end of the set, all his devotees were jumping and humming along with all the spastic energy that only youth can afford. (Kenneth Preski)