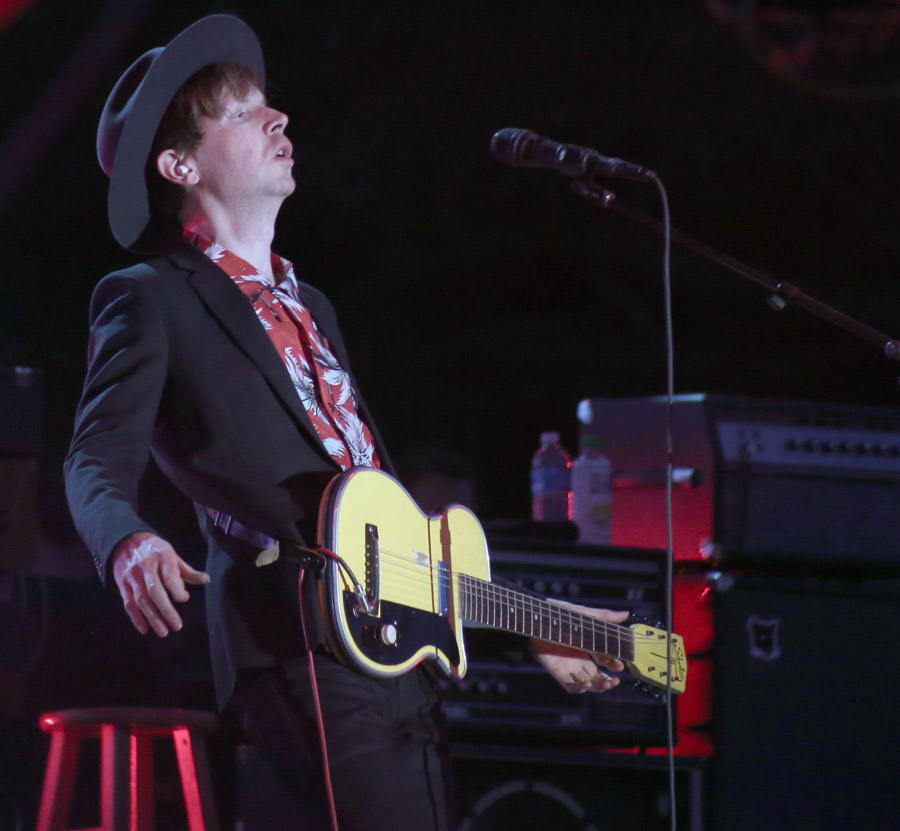 Beck seemed to take a message from the words flashing on the Pitchfork Fest’s video screens as the previous act, Giorgio Moroder, finished his set: “HOT STUFF.” Beck and his backing musicians practically bounded onto the stage, immediately allaying any fears that this was going to be a morose and mellow set. Even though Beck’s latest album “Morning Phase” is filled with the sad-bastard variety of Beck music, he apparently decided not to start off his show by moaning about isolation. Instead, he delivered something more like a greatest-hits set, starting off with “Devils Haircut” and gleefully tossing in “Loser” halfway through the show. By the time he finally got around to playing some of those new downbeat numbers, he’d earned the right to moan a little bit—and he sounded almost majestic doing it. And then it was back to more of the hot stuff. (Robert Loerzel)

[…] with Beck and his bandmates bouncing around the stage right from the beginning. I wrote a short review of the show for Newcity. And here are some photos I took — from the crowd instead of my usual spot in the photo pit. To […]