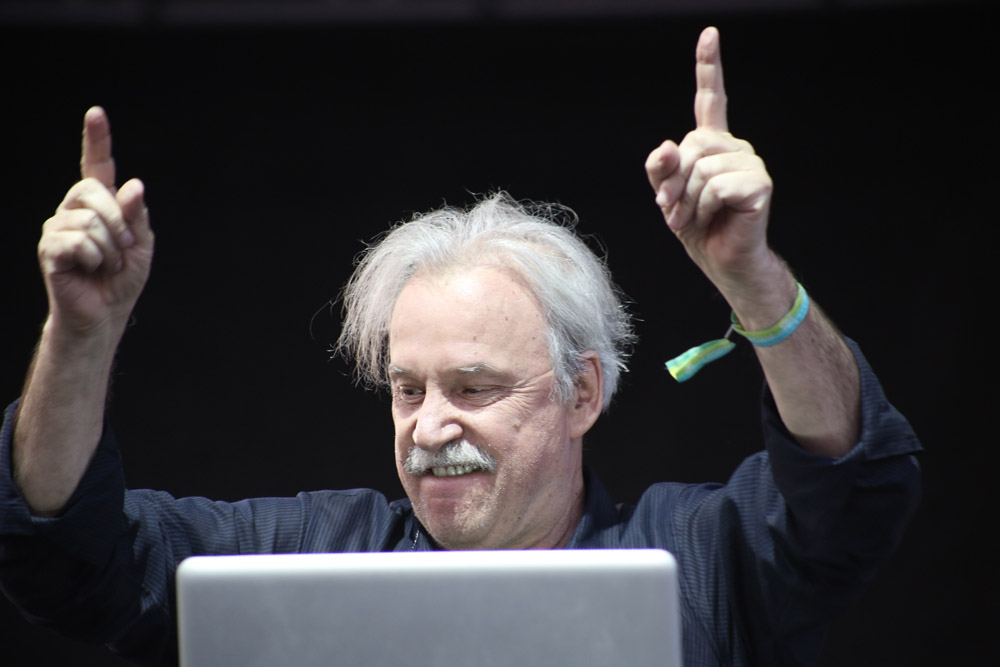 Giorgio Moroder on stage was kind of like having your grandpa play DJ at the family BBQ, if your grandpa was one of the architects of seventies and eighties dance music. There was something endearing about watching the white-haired Moroder raise the roof from behind his MacBook Pro. Too bad the muddy sound made it difficult for those in the distance to parse out much except the throbbing four-on-the-floor beat throughout the set. The set itself was a mix of his greatest hits for those too young to remember Moroder’s body of work—a few hits from his muse Donna Summer, the theme to Flashdance, Blondie’s “Call Me”—with Iggy Azalea’s “Fancy” slyly thrown in for good measure. The crowd ate it all up, singing along with giddy enthusiasm and little irony, with the exception of the one or two snarky remarks on Moroder’s stage show, which really did look like an iTunes visualizer. (Keidra Chaney)