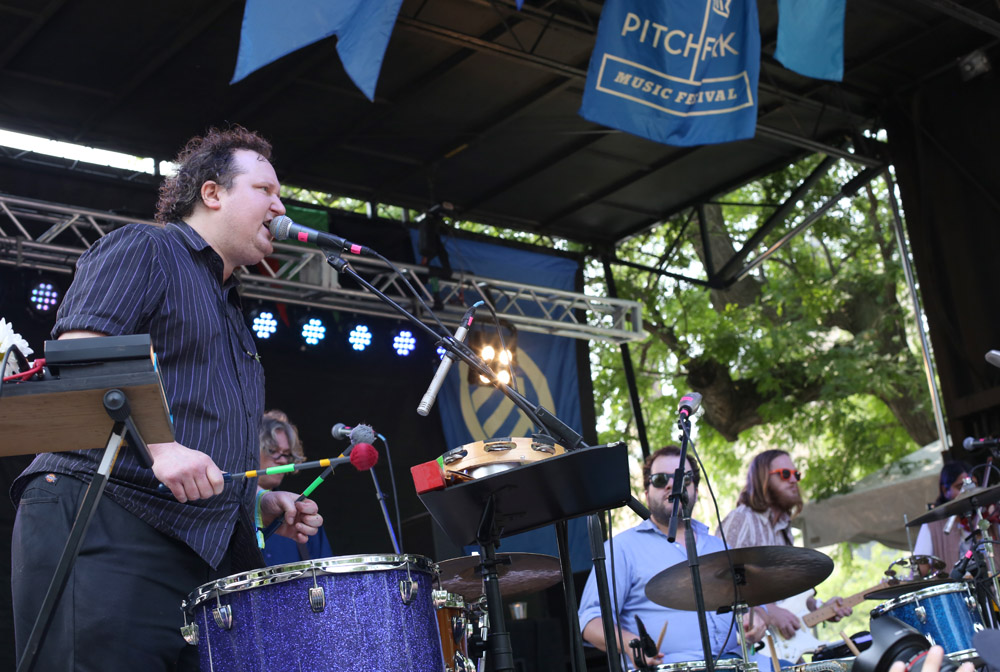 The Blue Stage’s first set of the day, a shambling psychedelic show by Circulatory System, seemed like a warm-up for the headlining performance by Neutral Milk Hotel that would come later. Both bands are connected with the Elephant 6 scene, though Circulatory System is considerably more obscure. Will Cullen Hart, who has also played with the Elephant 6 band Olivia Tremor Control, stood behind a pair of drums, occasionally pounding with mallets or banging a tambourine as he sang in the sort of high, wispy voice that’s a regular feature in this sort of Day-Glo music. The other musicians played instruments including cello, violin, clarinet and xylophone, giving it all the feel of a junk-shop orchestra, but the clattering of all the percussion had a tendency to drown out the nuances. Neutral Milk Hotel’s Jeff Mangum sings on Circulatory System’s latest record, but anyone who thought he might make a guest appearance during this early-afternoon set was suffering under a delusion of wishful thinking. (Robert Loerzel)