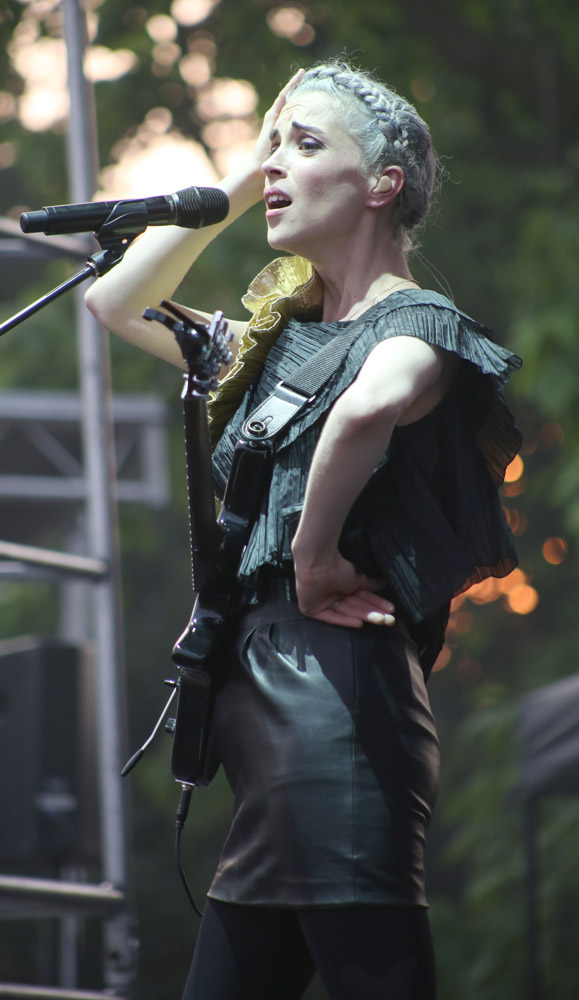 For anyone more familiar with St. Vincent’s earlier work, to see a platinum blonde Annie Clark strut on stage at Pitchfork was probably a bit of a shock, though we all should have seen her ascent into badassery coming.

While “Marry Me” and “Actor” were perfectly pleasant albums, her third release, “Strange Mercy,” was beautifully, surprisingly brutal, and her eponymous latest release is an art-funk rocker that most of us had no clue was in her, but should have.

Clark has clearly grown to embrace the rock goddess in her, and kept her Mona Lisa half-smirk on the whole time, from the synchronized robot dancing that accompanies the choppy funk licks of recent single “Digital Witness,” to a dark, face-melting reinvention of “Your Lips are Red” from her debut.

Clark’s evolution started two albums ago, but her newfound performance art theatricality (likely cribbed at least in part from her collaboration with David Byrne) is actually a perfect companion to the swagger that was always evident in her bold, fuzzed-out guitar style. Either way, she certainly made a lasting impression on the Pitchfork masses tonight. (Keidra Chaney)