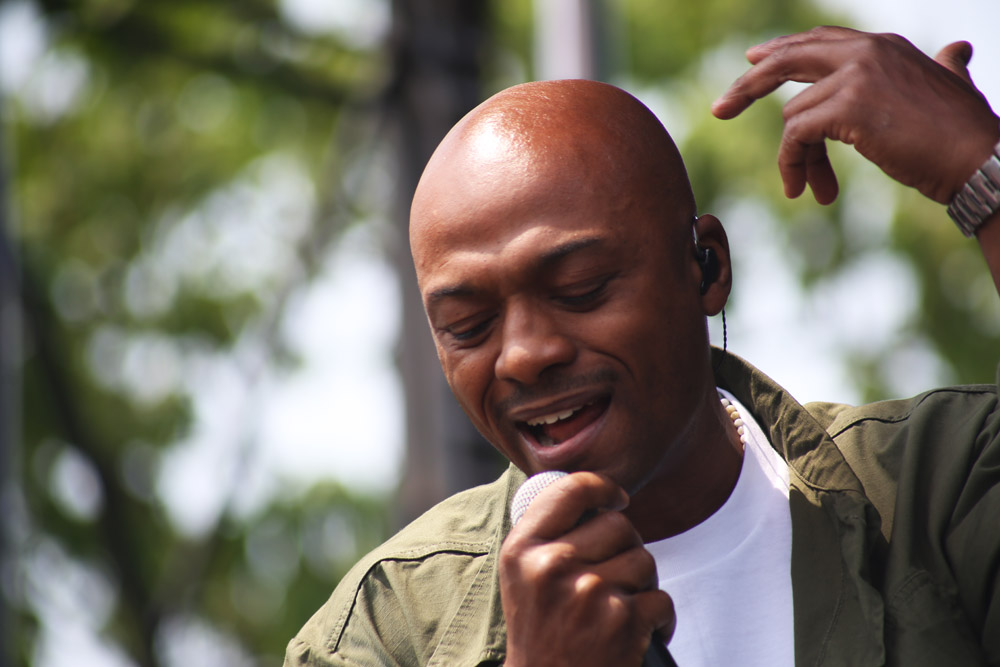 After spending most of my time at the Blue Tent on Friday, I had my fill of drum machines for the moment, so starting out with Chicago’s Twin Peaks was a breath of fresh air. Their brand of fuzz-drenched, melodic garage rock was a perfect start to a sunny Saturday of music and beer (even though no one in the band is quite old enough to have one yet.) I really don’t want to belabor the they’re-just-out-of-their-teens angle, but it’s always a thrill to hear such confident, mature rock ‘n’ roll coming from musicians so young. The thrill of playing a Pitchfork crowd (on the eve of their second LP release, no less) was evident from their charmingly awkward stage banter to their equally awkward, yet very rock ‘n’ roll guitar smashing.

On the Red Stage, Brownsville rapper Ka shifted the mood from sunny power pop to gravelly-voiced hip-hop, fraught with the kind of introspection and regret that comes from age and experience. Ka is a wordsmith and storyteller at heart and uses sparse, ambient loops to anchor his lyrics and demand concentration from the listener. Definitely not party music, but an oddly fitting counterpoint to the youthful punk energy of Twin Peaks. (Keidra Chaney)