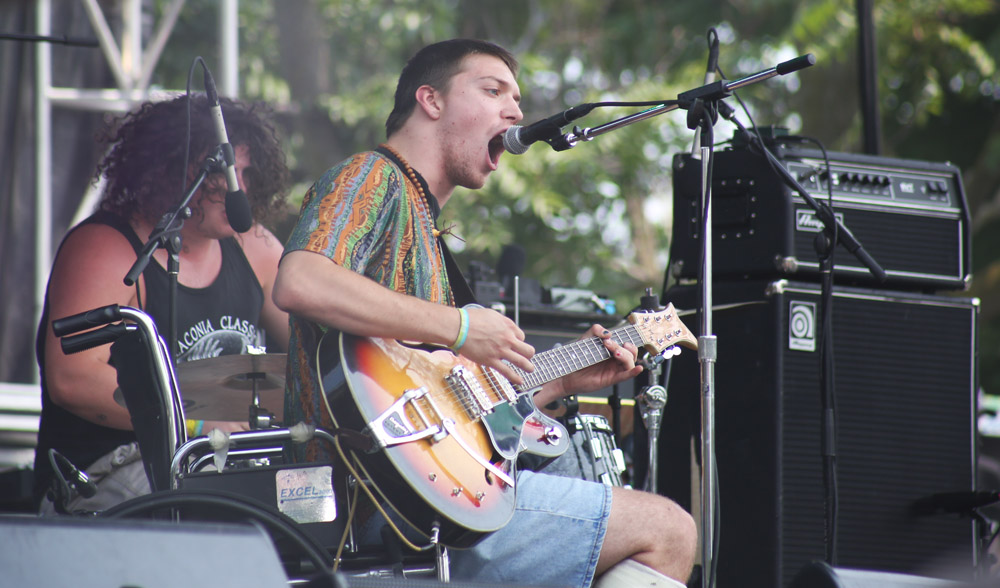 Cadien Lake James, singer-guitarist with the young Chicago garage rock band Twin Peaks, wasn’t joking last week when he tweeted: “Does anyone have a wheelchair I can adopt for pitchfork? Holla atcha boy.” Playing the first set of Pitchfork’s second day under glaring sunlight on the Green Stage, James rolled out onto the stage in a wheelchair, with one of his legs in a cast. But his apparent injury didn’t hamper Twin Peaks from rocking with its usual rambunctious energy. James’ bandmates hopped around, layering riffs on top of riffs as they played a couple of songs from their debut EP, “Sunken,” and a bunch from their forthcoming LP, “Wild Onion.” The fans gathered in front of the barricade, shook their arms in the air, ready to mosh despite the early hour. (Robert Loerzel)

[…] in Union Park during the second day of the 2014 Pitchfork Music Festival. (My review of the set is on the Newcity website — it was one of my favorites from the […]