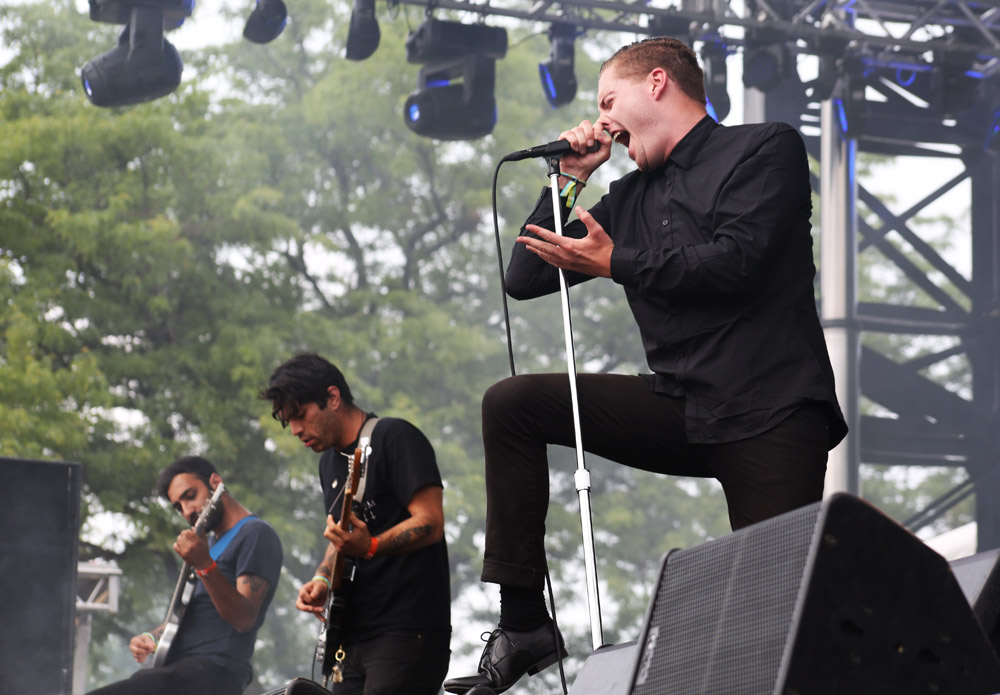 And now for the only full-on metal act of this entire festival, the eagerly awaited (by some) Deafheaven. A lot of folks at the fest were clearly not ready for vocalist George Clarke’s gut-wrenching shrieks, but whatever. We will be back to indie rock mumbling and such soon enough.

A certain segment of metal critics/fans lost their collective shit for the band’s 2013 release, “Sunbather,” a wet dream for anyone who is equally enamored of both, say, Gorgoroth and Godspeed You! Black Emperor. I have been largely unmoved by the band’s records, but I will say their shoegaze-y elements are much more stirring in a live setting. Also Clarke’s evil-German-film-studies grad-student vibe actually works live; he’s got a weird kind of sexy malevolence that fits their sound and is dynamic to watch. They debuted a new track,”From The Kettle Onto The Coil” with a nice chunky breakdown in the middle that appeals to my metal traditionalist sensibilities. You win this round, Deafheaven. Mostly because you guys are the only metal I’ll see all weekend. (Keidra Chaney)