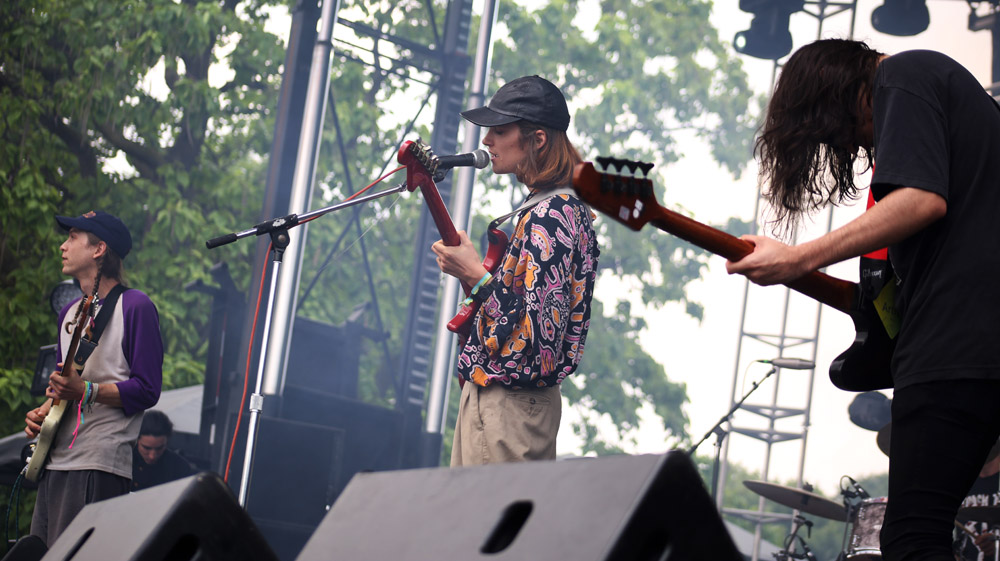 Some time ago Zachary Cole Smith must have fallen into a coma and woken up on the other side of the eighties with two decades worth of dreams to draw upon. There’s no other way to explain how DIIV sounds, except to mention The Cure’s early work, but even Robert Smith lacked the propulsive rhythm section that made a group of concertgoers mosh to dream-pop today. No doubt the highlight was a massive cover of Bob Dylan’s “Like A Rolling Stone,” which sounded nothing at all like the original, but was absolutely perfect as a result. Only Galaxie 500 had a finer method for paying tribute to their influences. Zachary Cole Smith’s between-song banter was dedicated to reminding everyone in the audience that they were watching DIIV, despite the gigantic banner waving behind them. It was as awkward as it was endearing, much like the vibe of the Pitchfork Music Festival in general. (Kenneth Preski)