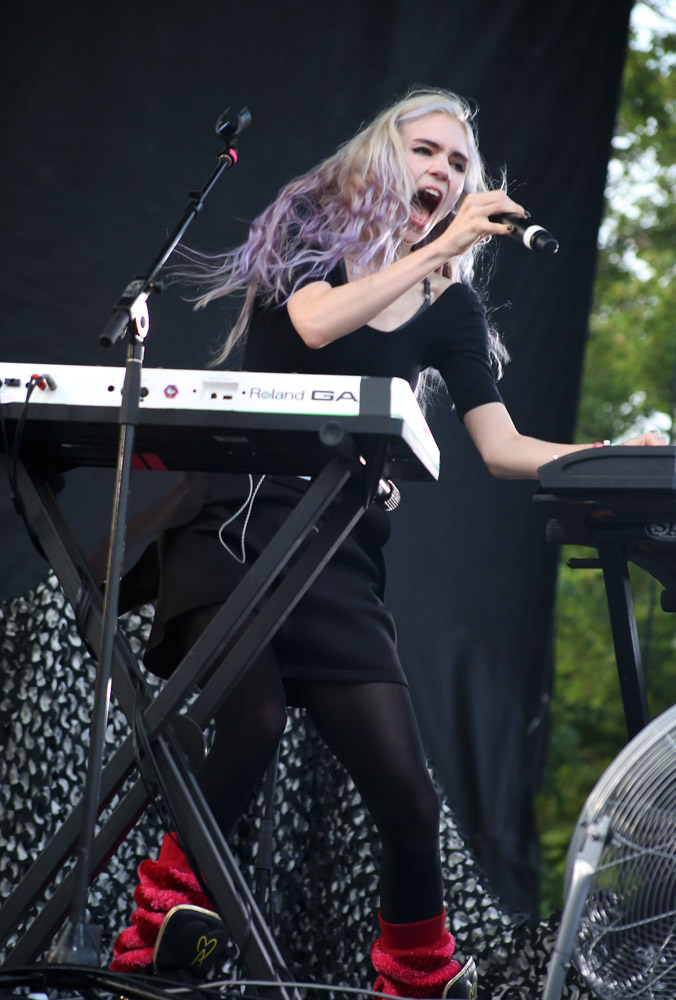 The Red Stage was at capacity in anticipation of Grimes, AKA Montreal’s Claire Boucher, AKA the closest thing to Korean pop we are likely to ever hear at Pitchfork. (Boucher has gone on the record as a huge fan, and the influence is quite evident in her sound.)

On one level, it’s a bit curious how well-loved Grimes is among the indie set precisely because her sound and her songwriting is so unabashedly pop; even her performance has the feel of a pared-down pop-star spectacle, from the generous wind machines to the pair of ribbon brandishing backup dancers.

However, when you see her in action, it becomes more obvious what endears her to the Pitchfork crowd. She’s a skilled producer with a special talent for creating a tapestry of electronic sounds: synth patterns, percussive textures, layers upon layers of her own voice. Not to mention she’s a hell of a lot of fun to watch. She alternates between crouching over her controllers like a mad scientist and bouncing around the stage like the DJ of her own birthday party. The crowd here clearly feels and returns her energy and she returns it back in spades. It’s a dizzying web that’s similar to the music itself. (Keidra Chaney)