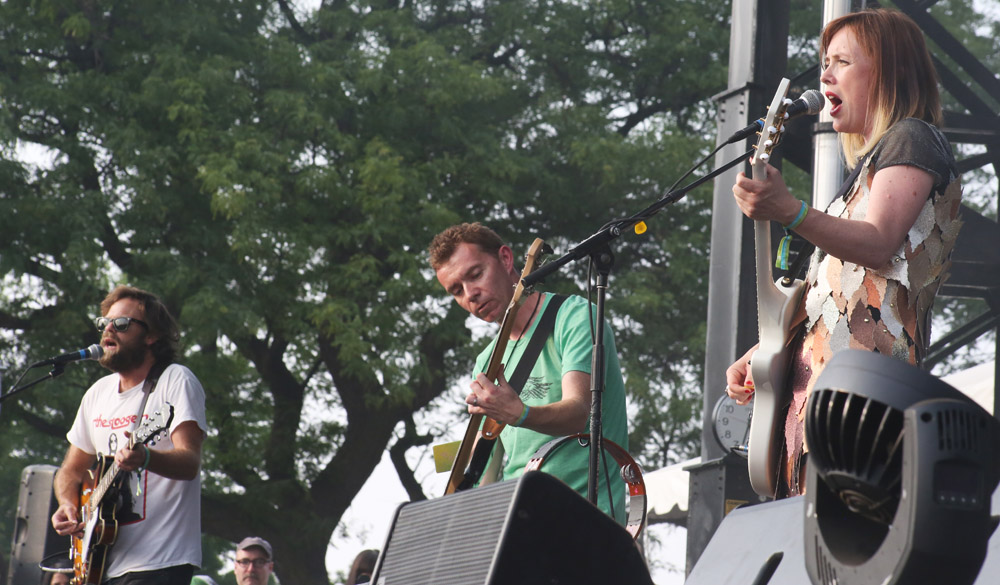 For fans of the hazy 1990s British rock that came to be known as shoegaze, Slowdive was one of Pitchfork’s true must-see acts this year. Back together after a nineteen-year hiatus, the group sculpted pretty melodies out of its guitar notes during its set early Sunday evening, with Neil Halstead and Rachel Goswell switching off on lead vocals, both sounding like they were lost in dreams. But then, as the chords churned around and around, the songs began to roar with an often fierce intensity—contrasting with the musicians’ calm, relaxed demeanor onstage. It’s hard to say whether any of them actually gazed at their shoes as they made that beautiful, blurry and buzzing noise, but it was beguiling. (Robert Loerzel)

[…] My photos of Slowdive’s great performance on Sunday, July 20, in Union Park during the third day of the 2014 Pitchfork Music Festival. (My review is on the Newcity website.) […]