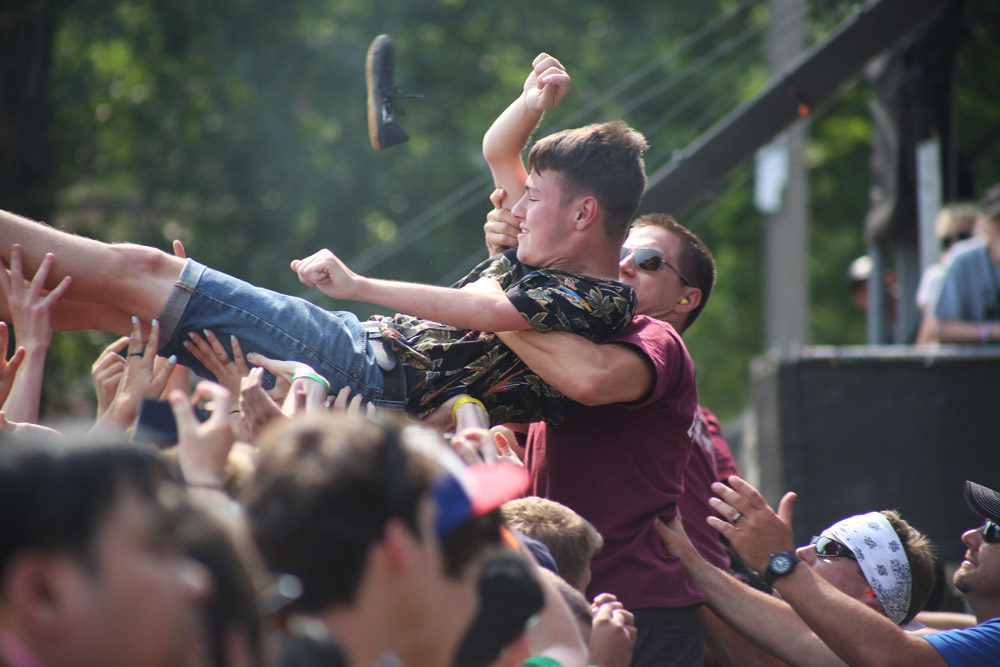 Coming into Pitchfork I could count the number of acts I had real enthusiasm for. However, by the end of the weekend, I had downloaded albums by two acts I hadn’t listened to before (Ka and Factory Floor) and was interested in following up on quite a few more. Pitchfork has finally motivated me to reconsider Deafheaven, which is a major feat in itself. Of the Chicago-based music fests, I think Pitchfork is definitely the best-curated, with a great balance of established acts, nostalgia acts and buzz bands.

A friend of mine commented that of the younger/newer artists at the fest, she noticed a “throwback” feel (Factory Floor’s post-industrial sound, or Wild Beasts, very eighties reminiscent indie-pop). I’m not complaining about this at all, but it kind of confirms my comment from the Pitchfork Roundtable about the festival skewing older in its programming. As far as I could tell, until day three, the crowd definitely did skew late-twenties and up, which I would certainly attribute to the headliners for those days.

Another thing that stood out for me is that the women DOMINATED this year. From Sharon Van Etten to St. Vincent (who slayed at her performance) to FKA Twigs and Kelela to tUnE-yArDs and Grimes, it seemed that the ladies were getting most of the buzz this year (though admittedly, I cut out in the middle of Kendrick Lamar’s set. Sorry, he’s great but his fans are bro-tastic). This Pitchfork gets a LOT of points for me on diversity, not just with gender. This is the first year I’ve noticed that the fest avoided stuffing all of the hip-hop and r&b acts on Sunday, and having such a great mix of genres throughout the weekend made the experience so much more enjoyable for me as an omnivorous music fan; I was never bored.

However, after having been to Pitchfork Fest about five times already, this is the first time the fest reminded me of Lollapalooza–and this is not a compliment. I think the fest has finally outgrown Union Park and we are starting to see the kind of claustrophobic crowd situation that has spoiled Lolla in the past few years, in my opinion. I love the Union Park location and I don’t necessarily want Pitchfork to leave, but something needs to change.