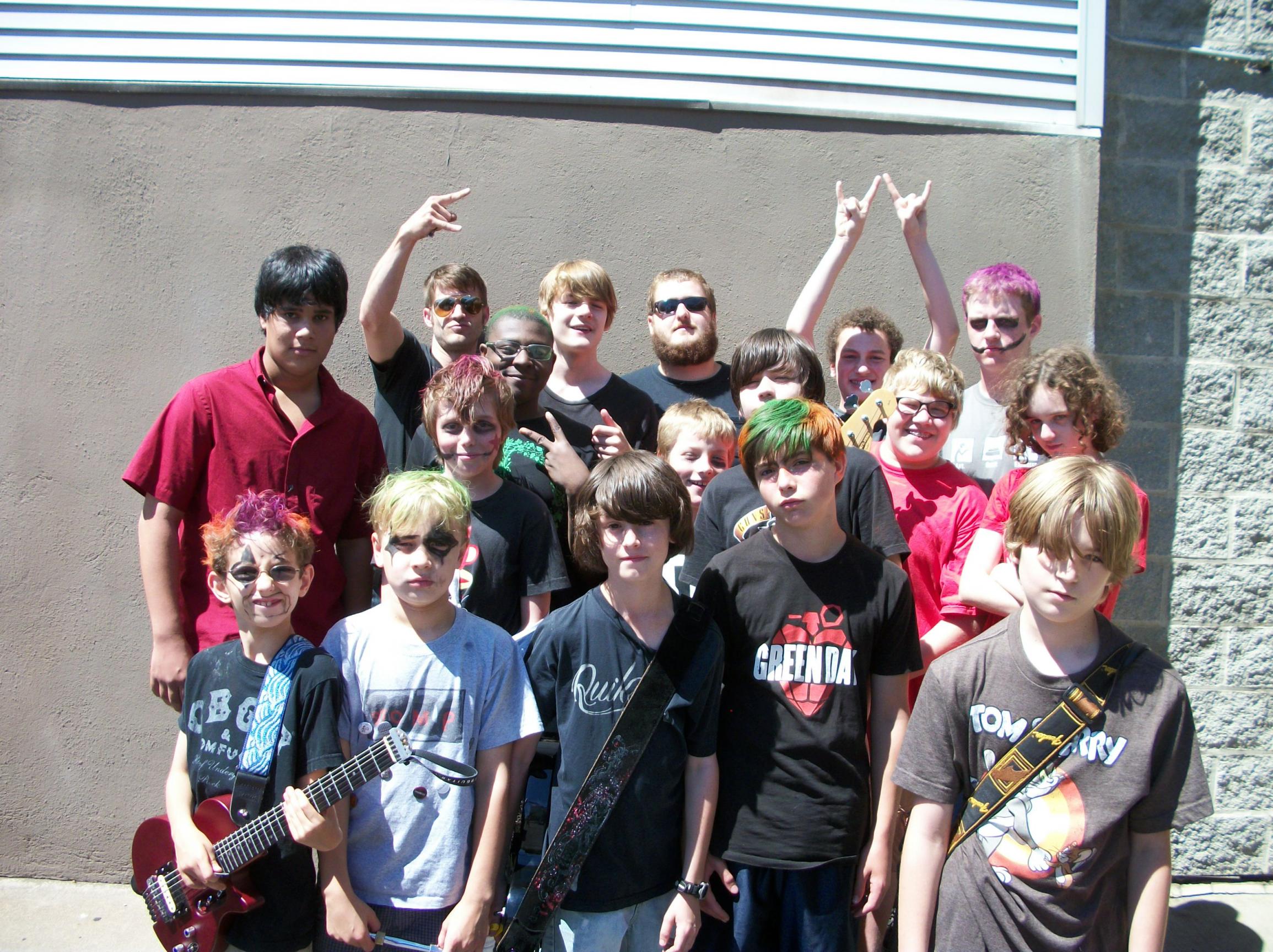 Whether you’re drinking Bud Light at the Samsung Galaxy stage, or checking your Samsung Galaxy phone at the Bud Light stage, Lollapalooza always offers the best in alternative-to-the-mainstream music, just like the festival has since the nineties!

12:15pm-1:00pm
San Fermin
Palladia
Napping during San Fermin will give you the most complex, vivid dreams possible.

1:00pm-1:45pm
Temples
Bud Light
Catching Temples will make you wonder if you’re still taking a nap, and if you are, that nap has now become an acid-drenched nightmare.

2:15pm-3:00pm
Courtney Barnett
The Grove
Perfect place for a post-acid come-down, Barnett will strum you to safety.

3:30pm-4:30pm
Warpaint
Lake Shore
I’m a feminist, so I’m going to see this band based on their reputation for being women.

4:45pm-5:30pm
Blood Orange
The Grove
I’ve heard this gentleman is a terrific up-and-coming r&b experimenter, but I’ll just be there for the free blood orange cocktails they must be handing out.

5:30pm-6:30pm
CHVRCHES
Lake Shore
This is the soundtrack to dancing like an idiot.

6:45pm-7:45pm
Lorde
Bud Light
Have you ever been around someone who is annoying you by trying to sing along to a song that they don’t know the words to? That’s me during “Royals.”

7:30pm-8:30pm
Lykke Li
Lake Shore
This is the soundtrack to eating over-priced food.

8:30pm-10:00pm
Arctic Monkeys
Bud Light
The plan: get as close to the stage as possible, and yell Queens of the Stone Age song titles during the set’s quiet moments.

11:30am-11:55am
School of Rock
Kidzapalooza
Check in on the kids, have they learned to mosh yet? Next step: crowd-surfing.

12:00pm-12:30pm
Jon Batiste and Stay Human
The Grove
If ?uestlove of The Roots loves this guy, then so do I, because ?uestlove and I are exactly the same in every way.

12:50pm-1:30pm
Benjamin Booker
The Grove
Uh, hi Benjamin Booker, my name is Kenneth Preski. I have no idea who you are, but your name seems nice enough, and I’ve got some time to burn here.

3:15pm-4:15pm
Duke Dumont
Perry’s
This guy has cool music videos, and hopefully they will be played on the big screen while he fiddles with techno-gear and exhibits zero stage presence as a dance music producer.

4:00pm-4:45pm
Rich Homie Quan
The Grove
Any law-abiding citizen knows that marijuana is illegal and will not attempt to bring it into the Lollapalooza grounds. This is the set where you go make friends with citizens who don’t abide by the law.

6:45pm-8:00pm
Spoon
Bud Light
OK, I’ll be honest with you here: Spoon is the best rock band in America right now whose popularity is owed to a soundtrack appearance on the hit television show “The OC.”

8:15pm-10:00pm
Outkast
Samsung Galaxy
The only person in the park who will be able to out-irreverent myself this weekend is Andre 3000, who has had the courage to wear a “SOLD OUT” tag during reunion performances.

11:30am-11:55am
School of Rock
Kidzapalooza
If the kids can’t mosh and crowd-surf by now, then simply demand a refund from whatever “school” this claims to be. I believe their final step to rockdom is when they OD on OJ.

12:00pm-12:45pm
Bear Hands
Lake Shore
Only attending this set to protest with a sign held-high proclaiming that “BEARS HAVE CLAWS NOT HANDS!” Animal rights are important.

2:45pm-3:45pm
Trombone Shorty & Orleans Avenue
Bud Light
Skipping ahead a few hours here because I assume I’ll have chained myself to a barricade, which will take some brass on my part. Hey, speaking of brass…

3:45pm-4:45pm
Run The Jewels
Palladia
I thought “You Were Meant For Me” was a great song, so I’m happy to see that Jewel’s still around.

5:30pm-6:30pm
Flosstradamus
Perry’s
Judging by the band name, I can only assume that this is a group of psychic dentists.

6:45pm-7:45pm
Childish Gambino
Bud Light
Since Gambino’s latest is also a script, this is the perfect occasion for a live theater troupe to really stretch their legs.

8:30pm-9:45pm
Chance The Rapper
Perry’s
I like that this young man has such a clearly defined presentation, and so I will be attending this set as Kenneth The Listener.