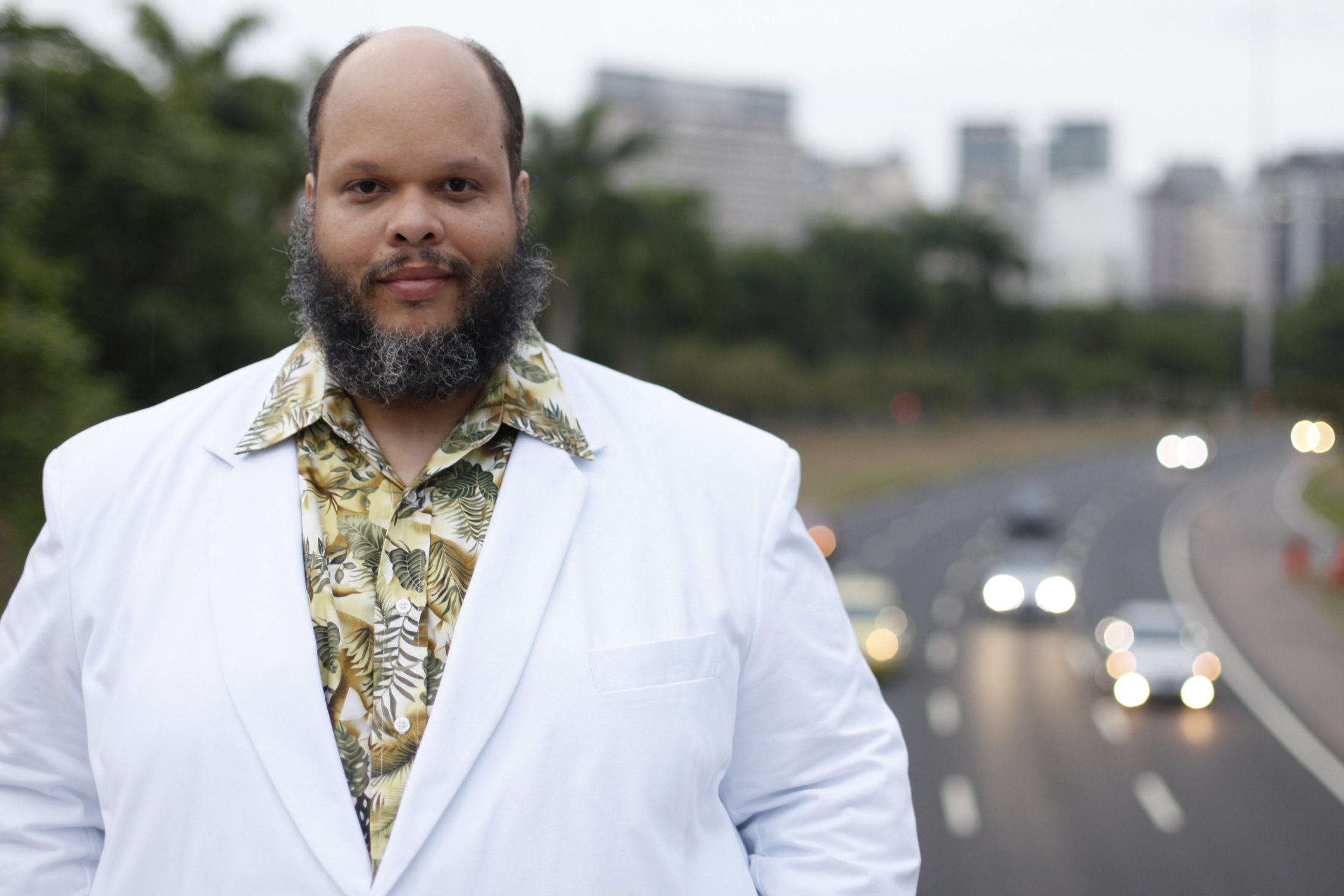 When Ed Motta began his career in the late eighties, critics and listeners were quick to compare his vocal style and his blend of funk, soul and Brazilian grooves with that of the late Tim Maia, one of the pioneers of the genre. That was no coincidence, after all he is Maia’s nephew–but his music evolved greatly from those early days with his Conexão Japeri band. Over the decades, he has collaborated with musicians as diverse as jazz greats Roy Ayers and Ivan Lins, fellow Rio-born songwriter Seu Jorge, and soul legend Chaka Khan, to name a few.

As he became more mature and comfortable with his writing skills, Motta has written music that is completely out of the realm of funk and soul–2005’s “Aystelum” was deeply rooted in jazz with incursions in dance samba and musical theater and psychedelics, all in the space of less than fifty minutes. Though he still dabbles in a more experimental direction, his rich baritone is the perfect fit for dance-oriented funk, and he is glad to oblige his fans with uptempo sets that get you moving from beginning to end with hits like the bouncy “Manuel”  and “Fora da Lei.”

When not producing music for other artists, recording, writing songs and touring, Motta keeps busy with a weekly radio show on São Paulo’s Eldorado FM and an online column for a major Brazilian magazine. (Ernest Barteldes)