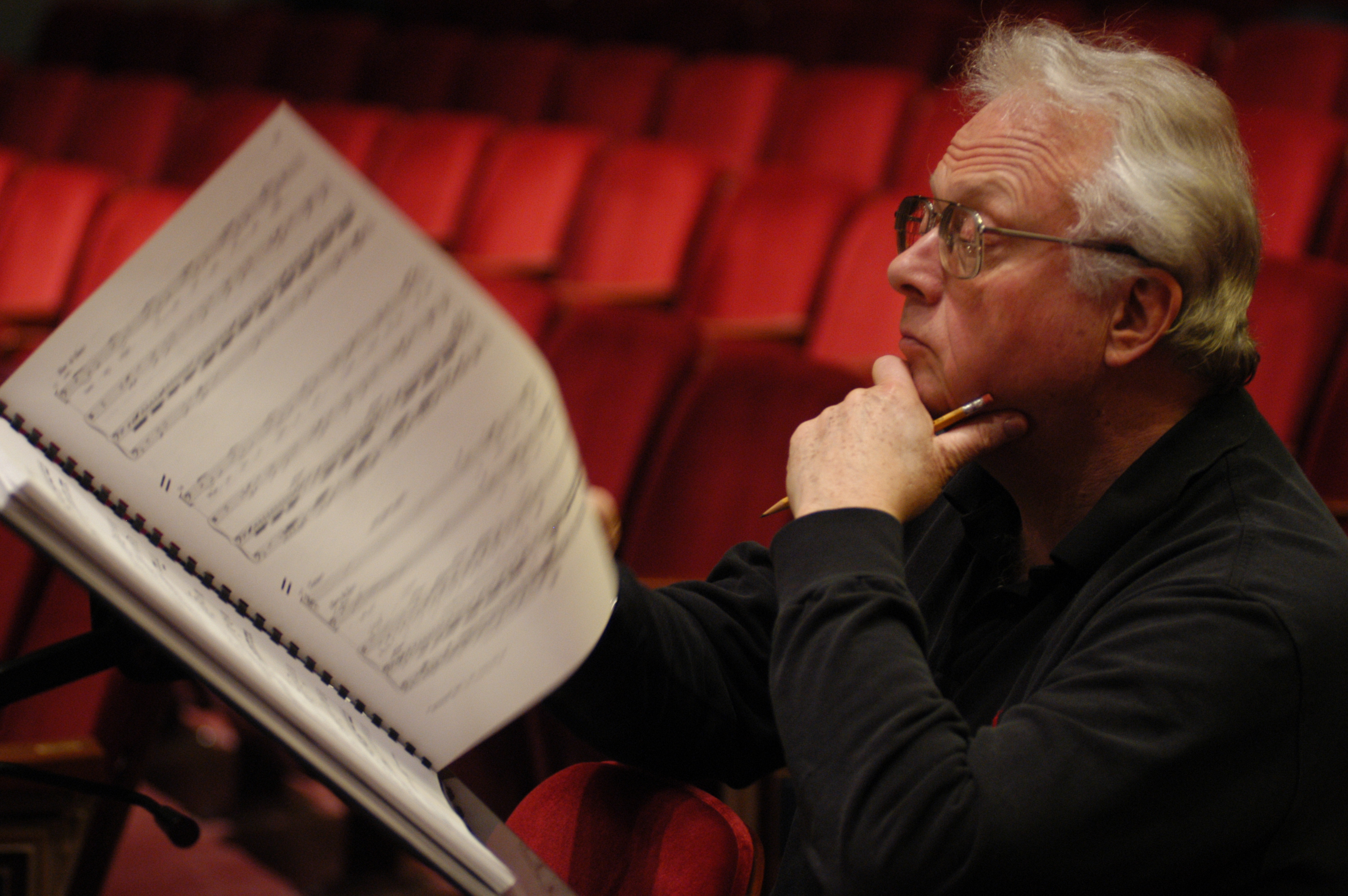 The final week of the Grant Park Music Festival’s eightieth anniversary season will feature a residency with Pulitzer Prize-winning composer-in-residence William Bolcom, whose works will be spotlighted, including a world-premiere commission.

Bolcom, now seventy-six, is no stranger to Chicago and no stranger to the Grant Park Music Festival. In fact, it was a 1986 Grant Park performance of his mammoth “Songs of Innocence and Experience” that led to his being commissioned by Lyric Opera to write no less than three operas for the company.

Almost the moment Lyric’s then-general director Ardis Krainik thought of Lyric’s massive “Toward the 21st Century” initiative which would present one twentieth-century European and American opera each year leading to the new millennium, Bolcom was the first composer she thought of to write a brand new American opera. “After I heard ‘Songs of Innocence and Experience’ in Grant Park,” the late general director told me in 1992, “I was so moved, I went backstage and asked him on the spot.”

“What an amazing woman she was!” recalls Bolcom. “That was one of the great impresarios of history, and people will realize it. She was so creative and everybody loved her. She was extraordinarily effective and the whole feeling of the house was so unified and so harmonious, more than most places these days.”

Bolcom’s “McTeague” premiered at Lyric Opera in 1992 and its success was followed by “A View From the Bridge” in 1999 and “A Wedding” in 2004. “As far as everybody seems to know,” says Bolcom, “this is the only time since Verdi that three operas were commissioned from the same composer, librettist and director for the same house. I realize how terrifically lucky I was: I was sure I would never write a big grand opera in my life, and I ended up doing three.”

“‘McTeague’ is the only one of the three that hasn’t had something of a performance history except for one other performance later in the decade at Bloomington. ‘A View From the Bridge’ has been done about eleven different venues, a couple of dozen performances, which for a modern opera, is not bad. ‘A Wedding,’ which is the last of the three that I did for Lyric, also had ten performances in the beginning and several since. But ‘McTeague’ is harder to cast because there is such a shortage of heldentenors and it needs a strong heldentenor. They actually had two heldentenors at Bloomington which is unusual, one a very large fellow who died very young in his late twenties of a heart attack but who had a very big sound.”

“We have a wonderful heldentenor in his fifties, Stephan Gould, who wants to do it at Linz Opera with Dennis Russell Davies, who conducted the premiere, because he figures at the end of the decade, he’ll have to do what Ben Heppner [who premiered ‘McTeague’] did and stop singing.”

Although Bolcom retired from the University of Michigan in 2008, where he taught composition since 1973, he actually finds himself busier than ever. Yes, he still plays the piano, “although I am not the virtuoso that I was fifty years ago” and still gives concerts with his wife, mezzo-soprano Joan Morris “whose voice has changed.” They are putting finishing touches on what Bolcom says is likely to be their final album together after a string of stellar recordings of American popular music of the late-nineteenth and early twentieth centuries. Bolcom has always had his pulse on a wide variety of musical styles across the spectrum of “serious” and “popular” music.

Not being in the classroom so regularly, however, has freed up Bolcom to devote more time to composing. “I have a lot more time to do more and there is a lot I’m doing,” says Bolcom. “I’ve been writing up a storm. I’m doing a new opera for the Minnesota Opera based on the 1932 play by George S. Kaufman and Edna Ferber, ‘Dinner at Eight.’ I have commissions from the New York Philharmonic and from Chamber Music Northwest. Last week I had a premiere in Tanglewood for Leonard Slatkin’s seventieth birthday called ‘Circus Overture.’ I talked to Leonard and asked him, ‘What do you want?’ ‘I want a six-minute curtain-raiser-fast-type concert overture,’ so that’s what I wrote for him. It’s vaguely like an old-fashioned circus.”

And then there is a commission from the Grant Park Music Festival which will receive its world premiere on August 15 and 16—the final concerts of the Festival’s eightieth anniversary season—“Millennium: Concerto-Fantasia.”

“‘Millennium’ is quite the opposite from ‘Circus Overture,’ which is a silly piece, this is a rather serious piece,” assesses Bolcom. “It deals with the ambivalences having to do with the millennial change which we are all sort of suffering under right now, or at least changing because of it. I’m fascinated by that change and how does the orchestra fit in with this? It’s kind of a concerto for orchestra but it’s probably more of a fantasia because it doesn’t end up where it starts. Most symphonic forms will be circular, most will fall in on itself to complete itself. This one starts with A and goes to B, C, D, sections that go from one to another with a sense of going over the millennial hump. I became fascinated that Millennium Park would have to be where this piece would be performed!” 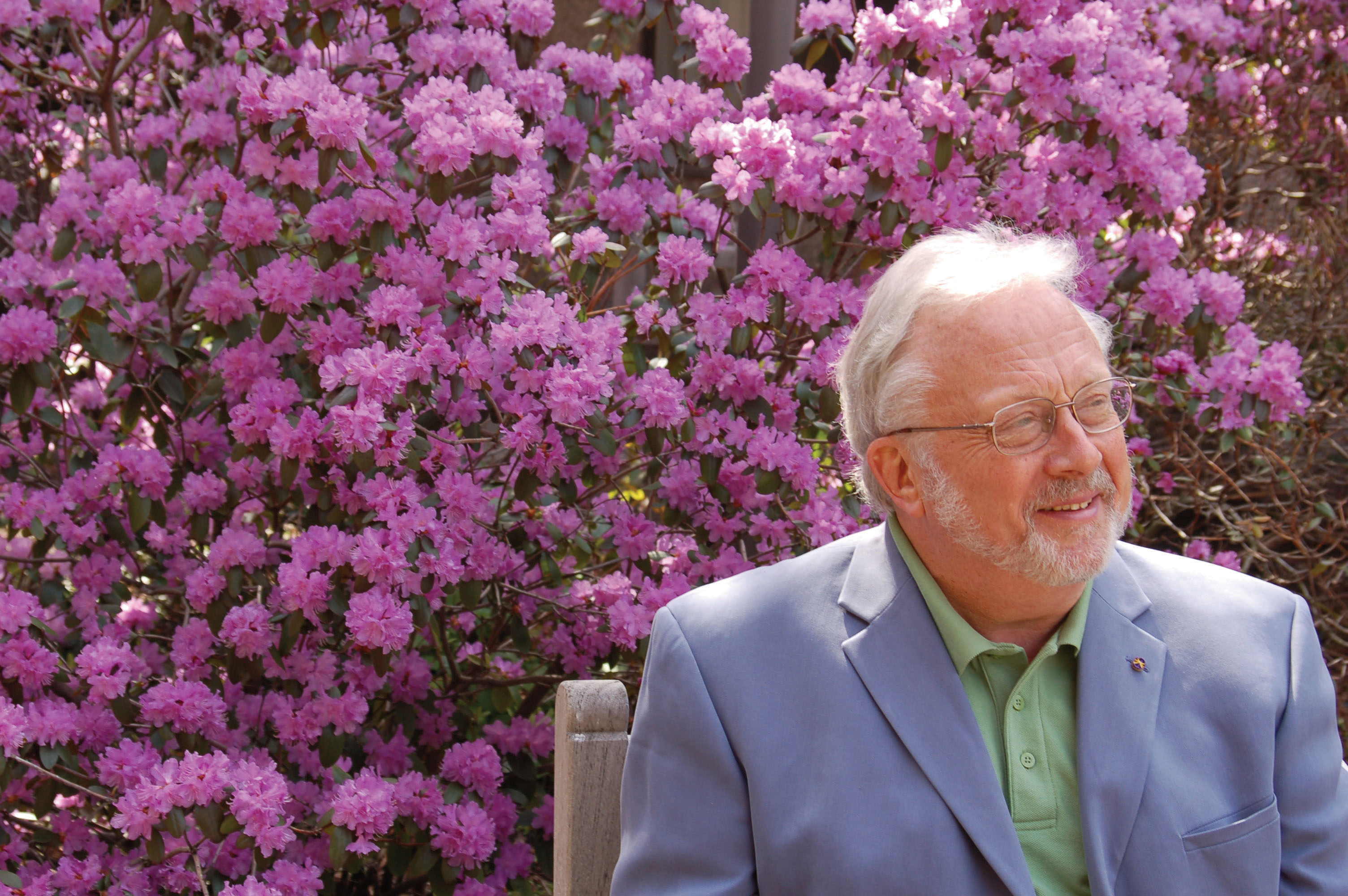 The impetus for the piece came from a conference Bolcom attended in 2000 at Cambridge University “on time and how we perceive it.” “A millennium is meaningless in itself,” says Bolcom. “Or a century mark. Or even a birthday. But we assign meaning to them. They are a kind of landmark. Most of my life will inevitably be before the millennium and whatever’s left of it is going to be after the millennium, so most of the proponents of my thinking will be twentieth century. My twenty-first century part is kind of like the end of the tail or something. You feel a little bit kind of out of it but you also feel interested in the whole meaning of it.

“So I suppose this is probably what was fermenting in me so when this piece came along, this is something I have been dealing with. It needs careful listening to see what the heck is going on. My Seventh Symphony is a very hard nut to crack and this may turn out to be too—I don’t think this is going to be a popular success as such. But it might be, who knows? With a concerto for orchestra, you have a lot of soloists coming forward and a lot of sections thrown off. One of the fun things is that it allows a lot of individualization. My Seventh Symphony is also a concerto for orchestra, I call it a symphonic concerto. This is a fantasia concerto. The whole history of fantasia are that they start one place and end up in another place. It’s another kind of a progressive form, if you want. That’s what I tried to do. It’s a very touchy thing, it’s very hard to do right. You can fall on your nose very easily.”

One thing Bolcom did not want this piece to become was another symphony. “I have done nine,” says Bolcom, “my Ninth was premiered in 2011 and that’s enough. Nine is enough. A round number. I don’t want to do a Tenth and I’ve just about exhausted that form because even if you try not to be symphonic by dealing with a text or something, you are in a way compelled by the entire history of the sonata-allegro form and all that goes with it, which is a good thing to have, but I said all that I want to say in that direction. So, I needed to have some kind of rationale for a large orchestra piece, so that’s what this became. I hope it works: I suspect it probably might.” 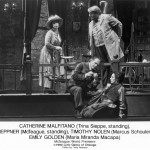 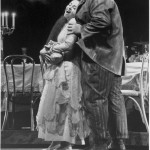 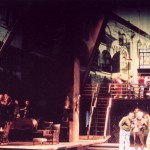 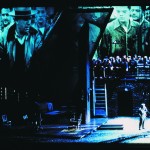 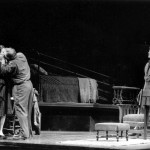 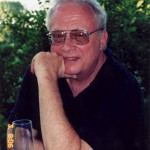 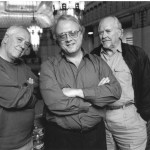