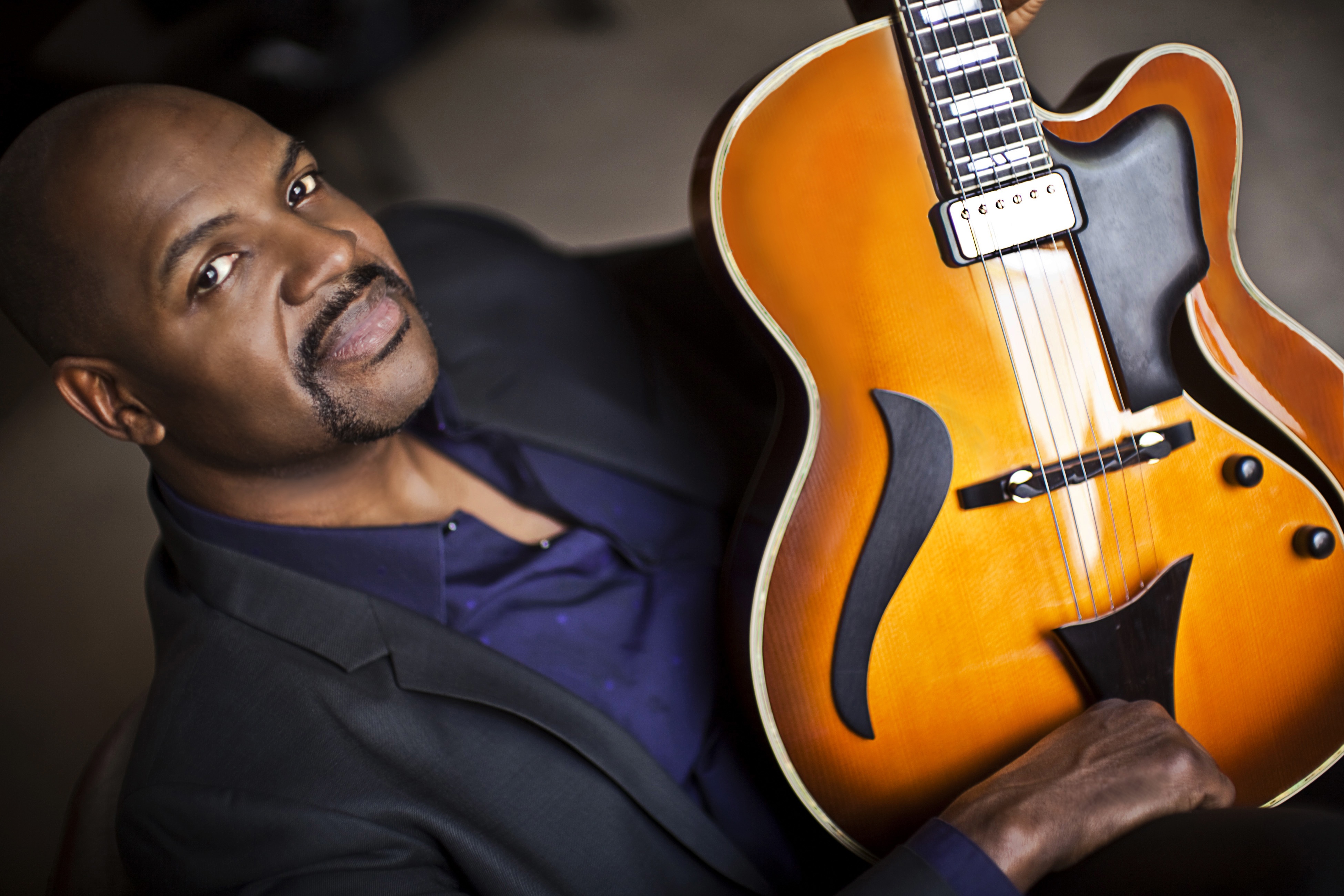 Are y’all hip to “Sweet Georgia Brown”? According to the grapevine, “It’s been said/she knocks ’em dead/when she lands in town/Since she came/why it’s a shame/how she cools them down!” Satchmo sang about her, as did Ella, Ray Charles and Jerry Lee Lewis. And now jazz guitarist Bobby Broom and his trio have made a play for the gray gal on “My Shining Hour,” his new album that will be released on August 19.

When talking to Newcity about this song, written in 1925, and recording—which he describes as a tribute to Americana—Broom notes that its ten songs have stayed relevant through many decades. “They’re classics, and they are cultural pieces, cultural history in music, at least from my perspective,” he says, in reference to the collection’s songs, which also includes “The Jitterbug Waltz,” “Tennessee Waltz,” and “Oh! Lady Be Good.”

“Dennis does something that is like a circus fanfare in his solo, and I was like, ‘Wow!’ He just does it so matter-of-fact,” Broom says. “It was so seamless how he got to that idea from wherever he came from, into that, and on to the next thing. And it wasn’t even a quote necessarily, because it just slipped in so subtly.”

To make this point swing even better, Broom sings out this moment from memory:

Broom’s trio, which also includes drummer Makaya McCraven, also gives its own treatment to “Heather On the Hill.” This song comes from “Brigadoon,” a 1954 film featuring Gene Kelly.

“I learned that song from playing with Sonny Rollins,” says Broom, who first played with “Newk” in 1982. “It had such a beautiful melody, enough so that it prompted me to research it and buy the movie. The orchestration and reprise on that song are gorgeous. I played it because I loved it.”

“My Shining Hour,” Broom’s eleventh album, actually represents a first. Broom documented the entire program live to tape, where overdubbing, editing and “fixing” were not possible, something he had never done before. The sessions were recorded by Jonathan Horwich, an audiophile who owns the Chicago­-based classic CD­-release company International Phonograph. Broom, Carroll and McCraven played in one room without headphones. The only amplification came from Broom’s electric guitar.

According to Carroll, a member since the trio’s inception in 1990, this unique recording set­up reveals an already-appreciated approach.

“The intimacy to me was no different than the way we approach playing live, so I felt like it was very natural,” says Carroll. “The volume was where we could all hear each other with dynamics to build off of, with tension and release.

“And we always approach the music as a vehicle for the whole group to express,” Carroll continues. “Bobby has never tried to be some soloist with a background group. He is always trying to integrate into the group, so it’s paramount that the group reflect this as an organic whole.”

For McCraven, who first played with the trio approximately five years ago, the recording’s atmosphere, which he describes as comfortable, added to the knowledge he constantly receives from Broom and Carroll. “They break out these old standards that I’m just not familiar with, but we play them the way we play them,” he says.

When speaking about a performance from the session that still resonates, McCraven discusses “Sweet and Lovely.” This standard, which dates back to 1931, has been recorded by Bing Crosby, Junior Mance and Bryan Ferry, among many other cats.

“That one was done in one take and is a fun tune to play,” McCraven says. “It’s in 5/4 time, and it’s very polyrhythmic, as we’re throwing in seven against five and all sorts of different polyrhythms. That was definitely memorable. 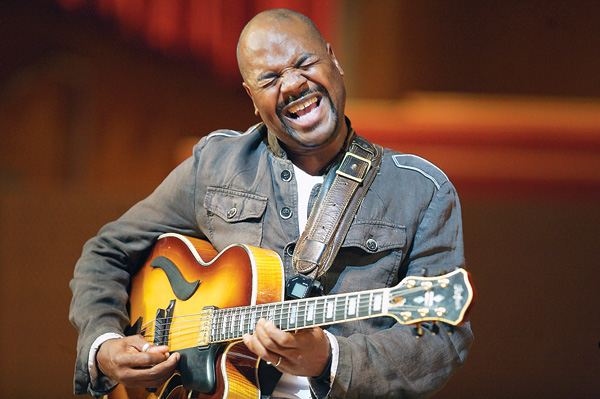 “Our conversations are always very involved, and that’s one of the special things about the band, having a musical dialogue through the tunes,” McCraven continues. “It can be different every night. It’s totally in the moment, and that, I think, is a beautiful thing.”

“My Shining Hour,” Broom furthers, captures a fluid progression that continues to evolve. Carroll and McCraven preserve the feeling, the beat, and the clarity without excessive direction, “and,” he adds, “they make things clear so that I can dance around and do whatever I want to do. Makaya is very creative and very versatile, so that lends a lot to how I hear music…and Dennis is really studious as far as harmony is concerned. He’s always studying orchestration. It’s really something to have someone who is that enthused about music.”

Whether the trio is interpreting material from the Great American Songbook or exploring Broom’s compositions—as done on the all­-original predecessor “Upper West Side Story”—the goal remains the same:

“Simply, if something feels good, it just feels good, and that’s what I’m about,” he explains. “All music is supposed to make you feel good: sad/good, excited/good, agitated/good. There are lots of types of good, and when you’re talking about art, good is good.”