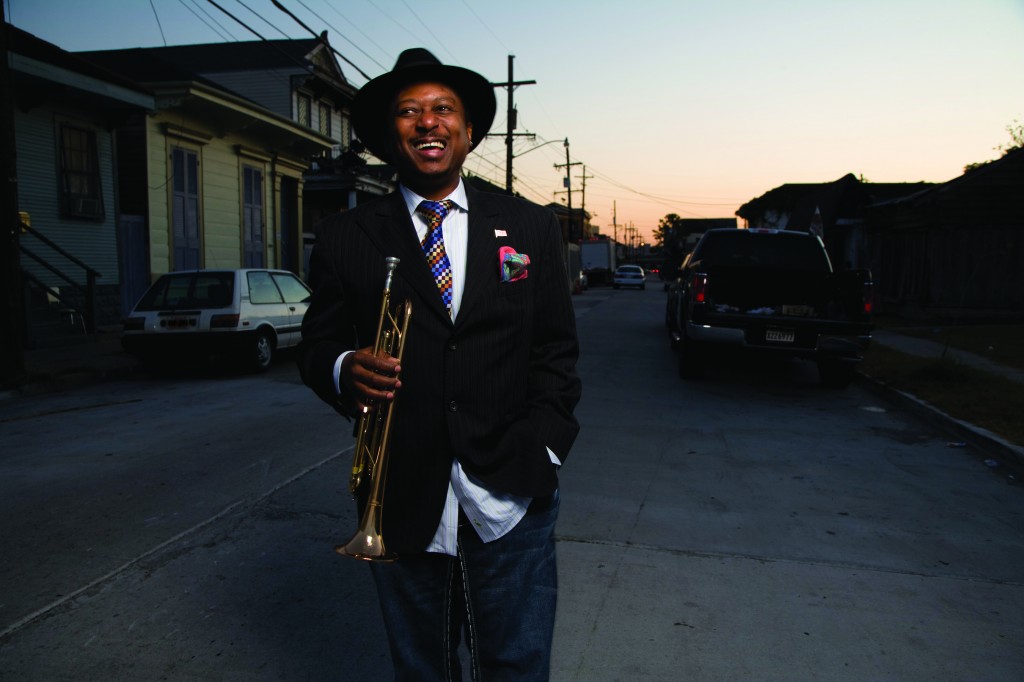 If you cannot be in Crescent City, listening to veteran trumpeter and singer Kermit Ruffins definitely takes you there. With his sharp and lively tone, he plays songs that celebrate his homeland. Examples include “Drop Me Off in New Orleans” and “When I Die, You Better Second Line.” He is clearly not one to do any contemporary-style material—his sound embodies the early traditions of jazz  laid out by Louis Armstrong, who is revered and celebrated today from the park that takes his name to the streets where marching bands that play year-round to the delights of locals and visitors alike.

Another great love of Ruffins is barbecuing. When doing gigs in venues that allow it, he has a grill going on backstage, and he often shares food with audience members. He is reportedly a first-rate cook, even though I was never lucky enough to be present at such gigs. Ruffins’ music is clearly  designed to get the party going, not to sit and listen like you would, say, Branford Marsalis (no offense to the saxophonist’s fans). So be prepared to grab some beads and completely let go as if it were Mardi Gras in the French Quarter. (Ernest Barteldes)